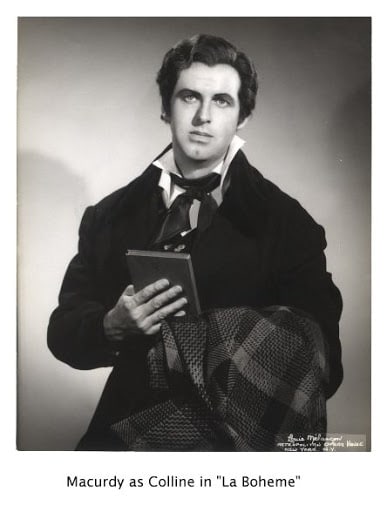 The death has been reported of the American bass John Macurdy, one of the unsung heroes of the Metropolitan Opera.

After making a comprimario debut in Ballo in Maschera in 1962, he gave more than 1,000 performances in such roles as Ramfis in Aïda, the Commendatore in Don Giovanni, Prince Gremin in Eugene Onegin, Count des Grieux in Manon and much else.

He sang opposite Jon Vickers in Die Walküre and was called back in his 70s to sing Hagen in Götterdämmerung, under James Levine.

« All the best cellists will play a Lynn Harrell tribute

Death of an immense French baritone, 95 »