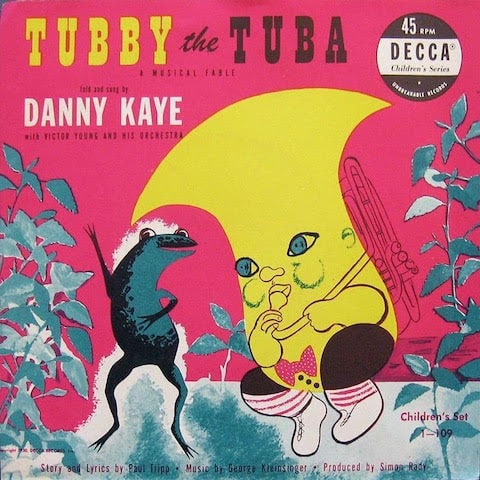 Tim Page asked. He got more than we expected.

This was the first LP I ever owned. Alfred Newman signed it, as I had been to the scoring sessions. It is still in my collection.

This was my favorite record during the Slatkin cowboy years. I would not go to bed until my parents put it on. There was a country music DJ in LA called the Squeakin’ Deacon who used to play three songs for kids at the top of his show.

Here is Number 3 in my all-time kid hit parade. Danny Kaye was possibly, along with Sammy Davis Jr., the most talented person I have ever met. He could do anything and did not read music. This recording was another that I must have worn out.

This album is tied to the relationship my family had with Frank Sinatra. When he left Columbia to go to Capitol in 1953, my mom and dad became his go-to first cellist and concertmaster. This was the first album they made with him, at the old KHJ studios, before the tower went up.

In 1959, during my first year of high school, this album was released. At the time, Lenny Bruce was not quite the controversial figure he would soon become. My friends and I loved the album because it referenced jazz, used Yiddish, and made fun of almost all religions. Of course, we could not listen to it when our parents were home. Now it seems tame, but things have changed a lot.

Jazz was always a big part of my life. I used to go to Shelly’s Manne-Hole, illegally, from the time I was 14. When this album came out in 1959, it changed the way many of us thought about the rhythmic structure of any jazz standard. Imagine my surprise when I found out that Brubeck was in the Army with my father. Dave got caught growing weed behind the barracks, but the commanding officer looked the other way.

When I was a kid, with the likes of Sinatra, Nat King Cole and so many other show biz luminaries popping up at the house, none compared to Doris Day. I was sure that she was singing “Secret Love” to me. A few years ago, a Happy Birthday autographed photo of her, from her home address, arrived at my office in Detroit. It now has a special place in my studio at home. We had a bit of correspondence, but she was already quite ill. I wonder if she knew that Rock Hudson was gay.

My next choice is the very first record made in the Capitol Tower. It was Sinatra, but he did not sing. This was his second try at conducting, and he studied all the scores with my dad. Although not proficient in score reading, Frank knew enough to get through it. At that time, the studios had not put in the sound panels in the basement, but still, the idea was interesting, and a couple of the charts are very good. I kind of wish I had been there, but you can’t have everything.

Okay, everybody loved the Beach Boys, but then there were these two other guys. “Surf City” was actually co-written with Brian Wilson. My dad produced a couple of their tunes.

This is the first album made by the Hollywood String Quartet. It was released in 1947. You will notice that each member is listed on the cover, something very rare. Although the liner notes are excellent, there is no mention of the production team. Most people remember standard rep from their childhood. My first musical memory is the Villa-Lobos. This was also the only work the quartet recorded twice. The second time was in stereo in the Capitol Tower. They hated the sound.

Next up is a man who mostly recorded singles. Stan Freberg was easily the most important satirist on disc. He made irreverent fun of everything commercial, and I wore out all those 45s. The album I selected is remarkable for its off-beat musical references. During the Yankee Doodle parody, the flutist starts jamming, and his sidekick says, “You’ve influenced me a lot, Bix.”

In 1957, my parents took my brother and me to New York. My first-ever Broadway show was West Side Story, in its first-season run. When we got home, I went to Wallach’s Music City, the largest record store in LA, and bought the cast album. The movie version did not appeal to me much, and we shall see what Spielberg does with it. But Carol Lawrence and Larry Kert were amazing.

This one is essential for every classical musician as well as others who love music. in 1956 Columbia released this recording, and it generated controversy and praise. No one had ever played Bach this way before. I heard his LA debut in that year at the Wilshire Ebell Theatre, where he played the Variations. Coincidently, his very final recital, in 1964, was in the same auditorium. This is one of the most influential albums ever recorded and worth every minute.

In 1970, I had a radio show in which I played anything I wanted to. One day, this album came to the station, and I put it on. Most people don’t remember that it was a recording before it was a show or movie. After listening, I started inquiring if it could be done in concert. We premiered the work live about five months later in St. Louis. The two shows sold out in hours. Many orchestra managers came to see it, and in some ways, my guest conducting career was launched that day.

This album changed so much for me and others. It was 1968, and electronics were bursting on the pop scene. The album crossed over and became one of the Top-10 best sellers that year. Walter became Wendy and continued to produce recordings like these. I did a concert with him soon after the release of this disc. It showed that music from long ago really could be reinvented without sabotaging its original message. Notice the “Quadrophonic” label at the top. That sure caught on.

When electronics started in earnest, Emerson, Lake & Palmer were leaders with this technology. Each member was a classically trained musician, and they always included something from the repertoire on their albums. This one, Brain Salad Surgery, has an amazing version of the neglected First Piano Concerto by Argentinian composer Alberto Ginastera, here titled Toccata.

I worked with her twice. My mom and dad did the Gershwin sessions. She was a kind and generous lady—always elegant and sort of deferential.

This is really a blast from the past. People only think of him with “Sixteen Tons,” but his silvery voice lent itself to all kinds of music. If I remember it correctly, he had a radio show on KXLA and referred to kids as his little pea pickers. I loved this album and played it constantly.

This was the first recording of an opera I ever had. It was given to me by John Coveny, NY head of artist relations at EMI/Angel, which had bought Capitol. Two years later, in 1959, I was given a copy of the orchestral score by Dick Jones, his West Coast counterpart. Both men were the epitome of elegance and wit. And they worked with my parents all the time. Oh, the recording is still the best one of this particular work.

And for the Grand Finale, I have to go back to Uncle Frank. This was all Sinatra’s idea, as he wanted to give cover credit to the Hollywood String Quartet musicians, and especially my mom and dad. Capitol balked at first, but Frank said he would walk away from the company unless they complied. It took eight months and five sessions to complete it. This was 1957, and after its initial run, the album lay dormant, the only one of Sinatra’s albums not to be released on CD until recently. Intimate, warm, and clearly one of the best ballad recordings ever made, it now has three additional tracks that did not appear on the LP. I was privileged to attend a couple of the sessions, with Voyle Gilmore producing. 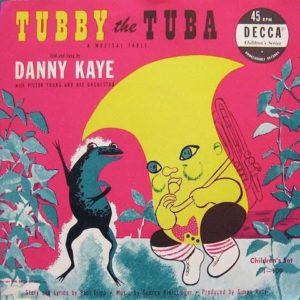 « Omg, this is Mahler’s daughter on a US game show

Thielemann: Katharina Wagner is getting better »