In 1939, Claudio Arrau signed off with ‘Heil Hitler’ 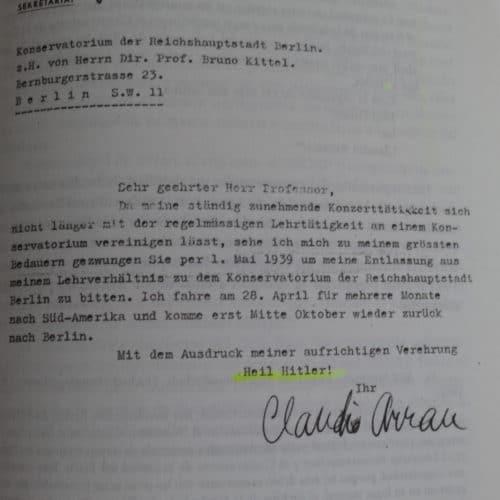