Death of an immense French baritone, 95

The family of Gabriel Bacquier has announced his passing:

He would have turned 96 at the weekend.

Bacquier was a star in Brussels and Paris long before he was brought to America as the High Priest in Samson et Dalila- Chicago in 1962 and the Met two years later. He was reinvited to the Met for 18 successive seasons, unprecedented for a Frenchman.

He made numerous recordings. 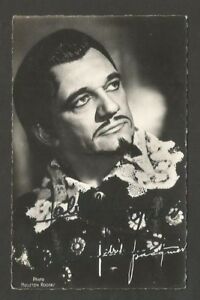