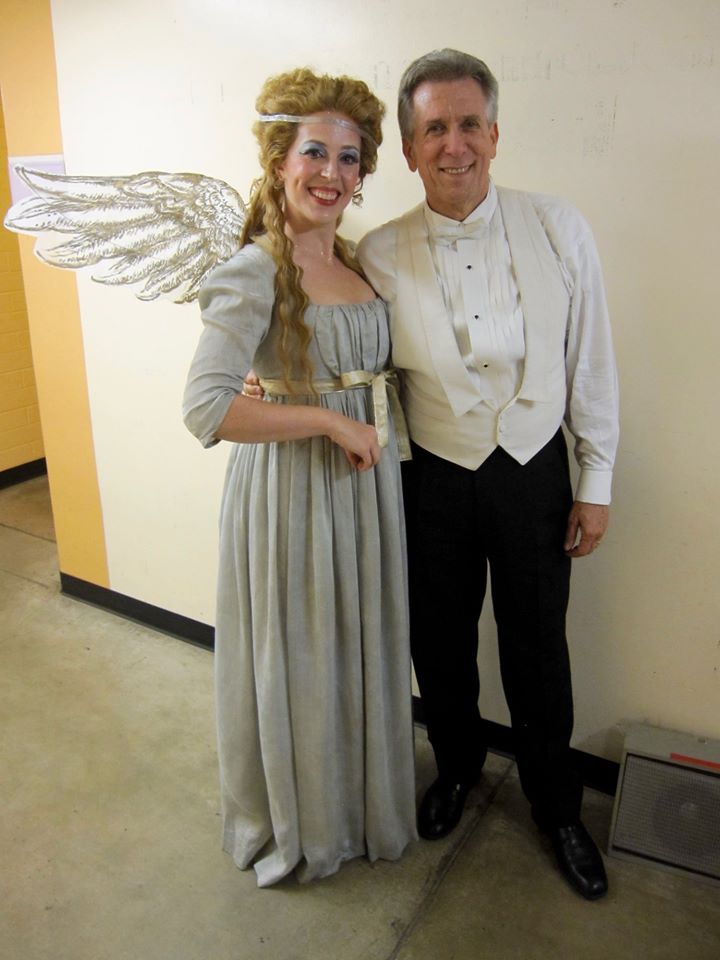 Colleagues pay tribute to a maestro who was a mensch

Musicians in many countries are mourning the extraordinarly generous and helpful Met conductor Joel Revzen, who has died of Covid-19.

Here are a few personal stories.

Linda Boyd: DAMN. I know we all root for people during this pandemic but I thought somehow the most magical, charismatic man I ever met would pull through. But no. Maestro Joel Revzen has passed away. DAMN DAMN. When I was the greenest of green arts administrators the two of us made great things happen for the Fargo-Moorhead Symphony and for this community. He taught me so much, and I might have taught him a little bit too (but those stories are over a glass of wine). Nothing salacious, just where we were in our lives at that point. DAMN. A great man in the music world has passed away and has left countless musicians, artists, and audience members to grieve in his wake. Grateful thanks to his loving wife Cindy who posted daily inspirational essays which kept us not only clued into Joel’s current health status but basking in eloquent memories. Rest in glorious peace, Maestro Joel

Stephen Lord: Reading all the tributes to Joel Revzen, I am spurred to contribute my own personal experiences with him. In my first years at Opera Theatre of St. Louis, I was urged to get to know the new dean of the St. Louis Conservatory – one Joel Revzen. We were all so young and he had that big job and he was determined to make it a first-class institution. And he accomplished it. He was the ultimate salesman and could convince anyone with charm and sheer stick-to-it-iveness that coming on a trip with him was the best way to go. He hired me to head the fledgling opera program and, along with John Wustman and the late Ed Zambara, created a vocal powerhouse of talent. He also formed an organization called Opera and Chorus of St. Louis and did all the fund raising for an institution that was a very important outlet for all the young talent he brought to town to study. Of course, we were all young then and full of the enthusiasm that planting in new soil can bring. Joel really, really, really wanted to conduct. I did not. But we talked Colin Graham into coming and staging two evenings of varied repertoire by Benjamin Britten – whole and long scenes that were musically and orchestrally challenging. They were certainly past the perceived capabilities of the singers and orchestra. But slowly and surely it all came together. The problem? There was so much material that, between being Dean, fund raising, the chorus and orchestra, etc., Joel just did not have the time to learn all the repertoire as he was the sole conductor. He and Colin got together and decided that I should start waving a baton and split the duties– after all, it was a school with no critics. So I did it with trepidation. I threw up before my first orchestra rehearsal, but Joel convinced me that the orchestra would do the work and all I needed do was know the music. And the rest was history. After Joel left the conservatory, it was never, ever the same and it eventually disappeared because it took someone with that drive and power of schmoozing to convince any and everyone to join in the “fun.” It is because of Joel that I had a conducting career. Grateful. Over the years we always stayed in touch. Last year when I was so falsely maligned by a hack journalist in Minneapolis, he was one of the first to call and offer support. One never forgets these things. He fought this disease hard and stuck in there for weeks because that was Joel. But you just know that in his next universe, he is plotting, planning and schmoozing projects and getting the angels to buy into it!

Susan Laney Spector: I remember what an outstanding job he did conducting several performances of Eugene Onegin in 2017. I played Principal on at least one of those performances, and I remember him being most encouraging to me—in the “hot seat”—as he cued me for the big solo in the Letter Scene in Act I. He was truly a class act and ALWAYS had a smile. We’ve lost a treasured member of the MET family.

Nimrod David Pfeffer: Joel, I will always cherish your kindness and generosity, your sincere interest in the wellbeing your friends and colleagues, and especially your smile and affectionate greeting in Hebrew every morning at the Met cafeteria. You would have been moved by the words of so many friends and artists who mourn your loss. As you used to say – words that are very well deserved. You touched our hearts and you will be missed dearly. Rest In Peace Maestro.

Rebecca Sjöwall: I worked with conductor Joel Revzen on six productions during my time as a young artist at Arizona Opera. This picture is from our final show together, Orfeo ed Euridice. He was a kind, encouraging human being, a great musician, and was full of knowledge he shared openly. His generous smile is the first thing that I think of when I reminisce about those two years.

I’ve been taking COVID-19 seriously ever since the pandemic was declared, but now it has really hit my heart. I’m so sorry for anyone else who is grieving a loss because of this devastating virus. <3

This world has lost a bright light with Joel’s passing. RIP, my dear Maestro. 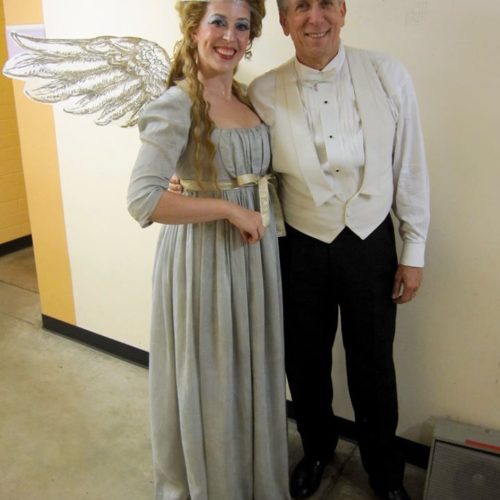 « Death of a leading US music publisher

The Slipped Disc daily comfort zone (72): She goes higher than anyone »