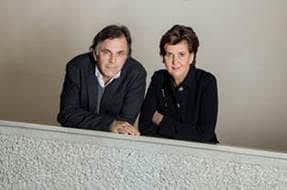 It has just been announced that the 2020 Salzburg Festival will take place from 1 to 30 August, in a modified, shortened format due to coronavirus containment measures. There will be 90 performances, mostly small-scale, over 30 days.

No details have been given. Opera is unlikely.

Markus Hinterhäuser, the artistic director of the music festival said: ‘It pains me to be forced to cancel so many artists’ appearances for
this year, as we had developed special programme constellations with many of them. Still, I am glad to have the opportunity to send a vibrant and powerful signal for the arts with this new Festival programme.’ You can read the full press release below. It says very little at all and appears to have been issued to settle internal political conflicts in the Austrian Government. The Salzburg governor reprtedly threatened to withdrawn his party from the coalition if he could not have a festival.

The 2020 Salzburg Festival will take place from 1 to 30 August, but in a modified and shortened form, due to coronavirus containment measures.

This decision was made by the Salzburg Festival’s Supervisory Board in its special meeting on Monday afternoon.

The Festival directorate of Helga Rabl-Stadler, Markus Hinterhäuser and Lukas Crepaz as well as Bettina Hering, director of drama, and Florian Wiegand, director of concerts, presented a draft programme covering 30 days as well as the outline of a security concept for all performance venues.

Half an hour before the meeting of the Supervisory Board, Minister of Health Rudolf Anschober and Undersecretary of State for Culture Andrea Mayer presented the decree determining important parameters for all presenters in Austria. This gives the Salzburg Festival concrete indications of how to proceed.

Landeshauptmann Wilfried Haslauer commented: “It is a great relief that this decree has provided greater clarity for all presenters of cultural events. This enables us to present the Festival, which is the artistic and economic motor of our region, after all. Fortunately, it also gives the many smaller initiatives which constitute the cultural diversity of our State a chance.”

The summer of 2020 will not see the implementation of the centenary programme announced with such joy and received with such empathy by the audience throughout the world this past autumn. However, it will be possible to implement a programme which is artistically meaningful and economically justifiable. Instead of 200 events over 44 days at 16 performance venues, there will be approximately 90 performances over 30 days at a maximum of 6 venues.

All the productions of the anniversary programme which cannot be shown in 2020 will be postponed to 2021. The centenary programme is to begin with the opening of the State Exhibition at the end of July 2020 and end with the closing of the Festival on 31 August 2021.

Of course, the centenary of the founding play Jedermann will be celebrated on 22 August 2020. The details of the modified programme will be presented by Artistic Director Markus Hinterhäuser at the beginning of June.

After the cancellation of the Salzburg Whitsun Festival and the refunding this necessitated, the Ticket Office of the Festival now faces an even greater challenge. At the beginning of this year, the Festival was proud to celebrate a new record in ticket sales. 180,000 tickets with a total value of 24.5 million Euros have already been sold.

The modified programme will feature completely different dates and a significantly reduced number of performances, which now forces the Festival to reverse and refund its entire ticket sales. When assigning new tickets, those in possession of tickets for the original programme will have priority. All customers will be informed personally and in detail on the procedure during the coming days.

Markus Hinterhäuser: “It pains me to be forced to cancel so many artists’ appearances for this year, as we had developed special programme constellations with many of them. Still, I am glad to have the opportunity to send a vibrant and powerful signal for the arts with this new Festival programme.”

« Chorus chief: ‘Evidence that choral singing is a high-risk activity is strong’