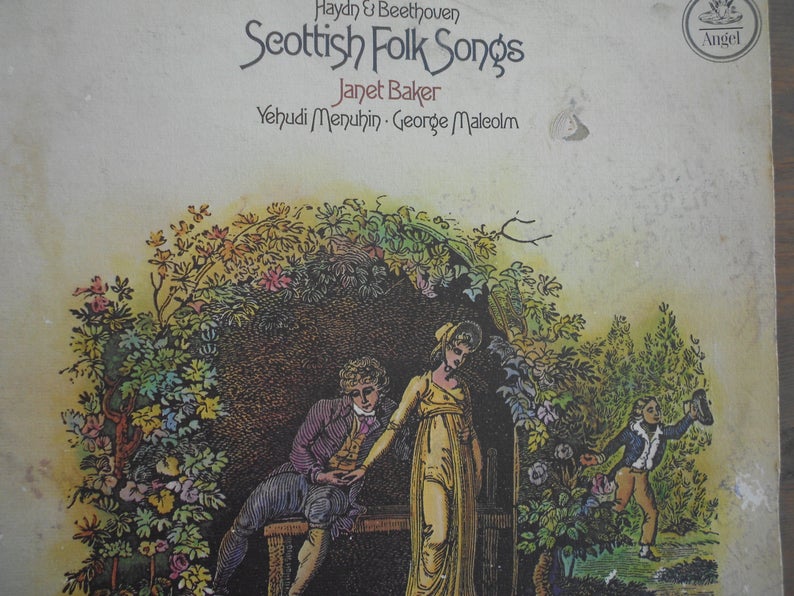 An Edinburgh clerk George Thomson, a friend of the national poet Robert Burns, had the smart idea of bringing together the best Scottish poets and the greatest living composer, Ludwig van Beethoven. Always open to offers of quick cash for his mounting expenses, Beethoven accepted a commission to arrange music for 126 songs, Scottish ones first, then Irish and Welsh.

Thomson had previously been in touch with Joseph Haydn, paying him one guinea a song on the composer’s assurance, via the British Ambassador in Vienna, that ‘I understand and love the English language’. Beethoven had no such pretensions. This was strictly a cash job.

Thomson would go on to commission further settings from Hummel, Kozeluch and Carl Maria von Weber, some 300 songs in all. He was a keen musician who played in a local orchestra and enjoyed the sound of visiting Italian castrati. In bringing the songs to publication, he took exceptional care on the quality and weight of paper and employed some of the finest illustrators in Scotland to ensure the set was both exclusive and collectable, bearing his national culture all over the world in his capacity as Clerk to the Board of Trustees for the Encouragement of Art and Manufactures in Scotland.

Thomson had no creative ambitions of his own. His daughter married the London music publisher George Hogarth. His granddaughter Catherine was the wife of Charles Dickens. He took offence when Beethoven referred to him in a letter as ‘a music seller’. ‘I sell nothing,’ he replied, ‘but my national airs, and those wholesale.’ The ones he sent to Beethoven were ‘of the plaintive and lively kind, unmixed with trifling and inferior ones.’

Beethoven set about the project methodically. He asked to be supplied with traditional Caledonian airs and provided arrangements for either piano or strings. In all he dashed off 127 songs, plus three bonuses, two English and one Italian. The Scottish songs were published together; the remaining 100 are scattered around Beethoven’s papers, lacking a defined opus number. They have attracted very little scholarly attention and hardly any recordings before 1970.

Professional singers find them hard to interpret, not knowing whether to go high brow or low. Listen to Janet Baker in ‘Bonnie Lassie, Highland Lassie’ and you’ll hear the dilemma at its most acute. Her accompanists are Yehudi Menuhin (violin), Ross Pople (cello) and George Malcolm (piano) and they are just as much at sea. Dame Janet throws them a lifeline in the following song, ‘Faithfu’ Johnnie’.

The American tenor Robert White takes an almost music-hall approach to Sally in our Alley with rather greater success. His accompanists are Yo-Yo Ma, Ani Kavafian and the pianist Samuel Sanders.

For one of the previous Beethoven anniversaries, the record label Deutsche Grammophon commissioned a complete set of the Scottish songs from distinguished singers, sometimes singing alternate stanzas or duets. The artists include Catrin Wyn Davies, Dame Felicity Lott, Janice Watson, Ruby Philogene, Dame Sarah Walker, Timothy Robinson, John Mark Ainsley, Toby Spence, Christopher Maltman and Thomas Allen. It’s all good clean fun – a little too clean at times, but the second track, ‘Sunset’ is truly moving, a vindication ofThompson’s purpose. I wish I could tell you who’s singing it, but the Idagio site does not give an artist-track breakdown. ‘The Shepherd’s Song’ is alsorather wonderful.

The German soprano Julie Kaufmann selects just eight of the songs and gives them the benefit of an attempted Scottish accent and perhaps excessive respect for the music. But I like the way she goes about ‘The Sweetest Lad was Jamie’ and I’m inclined to believe her emotion. ‘Dim, dim is my eye’ is also truly moving.

By contrast, Dietrich Fischer-Dieskau in his selection sounds too robust by half and too concerned with his rolled ‘r’s. Menuhin and Heinrich Schiff are no less stiff. Christian Gerhaher is more charming, better suited to the drawing-room. His partners are Anton Barachovsky (violin), Sebastian Klinger (cello) and Gerold Huber (piano). But a vacancy still exists for the perfect set.

I can’t find a complete set, but you won’t want to let your fingers stray past Victoria de los Angeles and Dietrich Fischer-Dieskau in a rebuke to an errant Dermot, or ‘He promised me a parting.’ Ann Murray does an appropriately misty Harp of Erin. Brilliant Classics has the most comprehensive 2015 collection of 29 Irish songs with German singers Dorothee Wohlgemuth, Renate Kramer, Ingeborg Springer, Christine Wehler, Georg Poplutz, Eberhard Büchner, Siegfried Lorenz and Jens Hamann. Lovely as they are they, lack the raw rage of 20th century Irish songs, of the kind they put on once a year at the Royal Liverpool Philharomnic. These are pretty ditties done up for people with spare drawing room. Perhaps the anger only came in after the Great Potato Famine.

Here’s the young Fischer-Dieskau singing some of them in German in 1952: ridiculous. The set does include, however, the only sequence I can find of songs 30-59 from WoO153.

There’s a little wonder called ‘Love Without Hope’ that could have been written by the young Schubert. Listen here in the big DG set that seems to cover the lot. And this one, ‘Helpless Woman’, recorded quite recently (2019) by soprano Juliette Allen. She’s here again with tenor John Bernard and others in the Four English Songs WoO 157, which contains an exquisite chamber setting of God Save the King. Not to be missed. 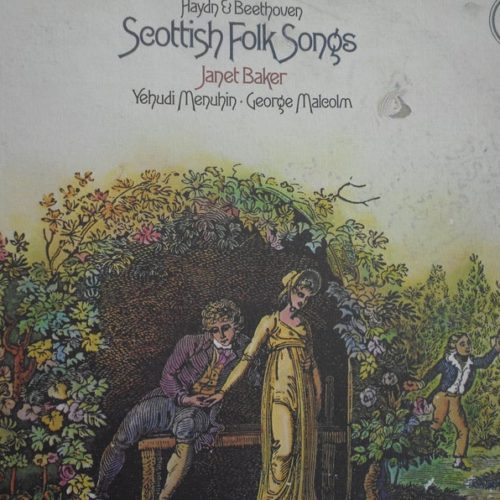 Directly upon finishing his job for Thomson, Beethoven sat down and wrote his piano sonata, opus 109, the first of his last triptych for the keyboard.

« Good news: Houston rehires all of its staff

Without the over-70s, music will die »