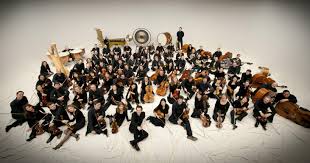 Vienna may be the first to come out of the cold. From our occasional correspondent, Larry L. Lash:

About a week ago a columnist in the Austrian newspaper Kurier ran an item stating that it would be impossible for the Salzburg Festival to open as scheduled on 18 July and that no one was available for comment.

But apparently they were reading Kurier: a few hours later they issued a stern statement that they are waiting till the last minute – 30 May – to make any kind of decision and/or announcement. I am pessimistic.

Bregenz is holding the same position, but should there be some kind of relaxation of rules which would allow outdoor arena performances they wouldn’t need much lead time to open in mid-July, as the gargantuan “Rigoletto” set on the Bodensee stage was erected last year and they could launch pretty much on schedule.

Meanwhile, no one seems to notice that ORF is giving LIVE concerts on three consecutive Sunday nights at their RadioKulturhaus. They are being broadcast on ORF III (TV), Ö1 (radio), and myfidelio.at (a subscription website) and archived for a week. You can access the live performances at 20:15 on Sunday nights or catch them later on the ORF and Ö1 websites.

The cooperation with Wiener Staatsoper began last Sunday (19 April) as Anna Netrebko & Yusef (joined, I believe, at the hip), Juan Diego Flórez, Elena Maximova, Jongmin Park, Tomasz Konieczny, and Valentina Nafornita performed a couple of numbers in the empty auditorium, accompanied by a properly-distanced string quartet from RSO-Wien and a Staatsoper pianist. Jonas Kaufmann, Piotr Beczala, and Andreas Schager and his violinist wife contributed video recordings from their homes in, respectively, Bavaria, Poland, and their backyard in Niederösterreich. It was quite a lovely event, sadly only 75 minutes.

Next Sunday will be devoted to operetta with members of Volksoper Wien, and the following week to musicals in cooperation with Vereinigte Bühnen Wien.

« Which US music college is getting most Covid $$$s?