The Slipped Disc daily comfort zone (20): They said it couldn’t be done

Chopin on the violin.

Nothing was beyond Milstein. 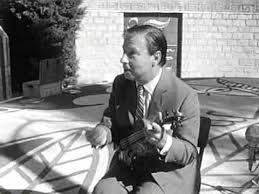