Sad news: The last member of the Amadeus Quartet has died

Sonia Lovett has just informed us:

It is with great regret that I have to announce the death of our beloved father Martin Lovett this morning in North London. An exceptional musician, artist, raconteur and liberal thinker. Last survivor of the Amadeus String Quartet, Father to Sonia Lovett and Peter Lovett and husband first to Suzanne Rozsa and then Dorinde van Oort. 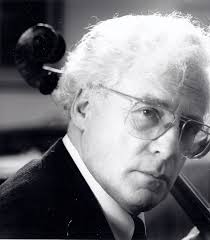 The only English-born member of the epochal quartet, Martin was the son of a London Philharmonic cellist who taught him, aged 11, to play the instrument. He went to the Royal College of Music where he met Suzanne Rozsa, whom he quickly married, a partnership that lasted 55 years until her death. In 1947 Martin met three young Austrian refugees – Norbert Brainin, Siegmund Nissel and Peter Schidlof and joined them in the Amadeus Quartet, the most recorded and feted string foursome of the next four decades.

He joked that he had to learn German fast to stay abreast of the other three, but he added his own dry English wit to what could be on occasion a combustible ensemble. He was always fun to be around.

When the quartet came to an end after Schidlof’s sudden death in 1987, Martin taught chamber music courses at colleges and festivals around the world.

Here are two of his best jokes:

For more about the Amadeus Quartet, please click here.