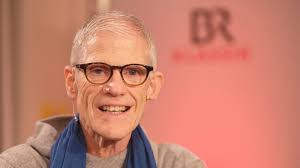 The former head of English National Opera and Bavarian State Opera died last night in Munich at the age of 73.

Peter had his first bout with cancer at 25 and struggled with it throughout his life. It gave him a sense of proportion and gratitude that endeared him to everyone. Few opera chiefs have spent more time encouraging young singers and helping them along their way.

He was, deep down, a solitary soul. On a BBC Lebrecht Interview he talked to me about being sent away to an English boarding school at five years old, about his long-distance marriage to the marvellous Slovakian soprano Lucia Popp and about their conciliation at the end of her life.

He was a loving man, much loved. 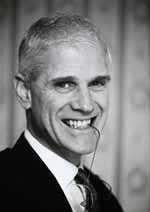 After working as artistic administrator with Sir Georg Solti at the Chicago Symphony, Peter led a powerhouse revolution at English National Opera from 1985 to 1993, before becoming Intendant at Bavarian State Opera until his retirement in 2006.

I have an abiding image of him sitting happily in his office, a short walk from the English Gardens and, as he would say, just 20 minutes away from the ski slopes.

In retirement, he walked across Europe, north to south. And more than once.

“The world of music and opera has lost a great man in Sir Peter Jonas. Over the decades, he has shaped music theatre and concert life with courage, originality, energy and an irrepressible appetite for risk,” says General Manager Nikolaus Bachler. “The Bayerische Staatsoper was shaped by the London-born in a unique way, completely redefining its audience’s feeling and understanding of music theatre and positioning this art form far beyond Munich in 21st century society. Thus Sir Peter Jonas was fortunate for Munich – with English humour, which often touched on the absurd and British coolness, the ‚cinema fan’, who was open to everything visual, created a new view of the art of opera here. Since the Jonas era, the audience in Munich has been listening (also) with their eyes. We will miss him and remember him with gratitude – all over the world and especially in Munich.”

ENO tweets: Everyone at ENO is extremely sad to learn that Sir Peter Jonas, CEO from 1985 to 1993, has passed away. Sir Peter was one of the fundamental bedrocks of ENO’s success in the 80s, and his legacy as CEO will echo down the generations for years to come.

« Culture Secretary falls off her bike

Last orders for Salzburg as Ruhr shuts down »