David S. Boe, Professor of Organ at Oberlin Conservatory and Dean of its Conservatory, died yesterday of Covid-19. He was 83.

An organist and scholar, Boe was a leader in the drive to perform organ music with historically informed performance practices, on organs that were built to historic specifications. John Brombaugh built an organ for First Lutheran Church in Lorain, Ohio, where David Boe was organist. Both church and organ perished in a fire in 2014.

Christa Rakich, visiting Professor of Organ, writes: David was a kind, gentle, and insightful presence not only at Oberlin, but also in the wider organ world. Admiration for his musicianship and his diplomacy were widespread, and the world seems a poorer place for his absence. David had a hand in the acquisition of all of Oberlin’s wonderful organs. Fine instruments and fine players are an equal part of his legacy. In his last days, despite isolation, he was able to hear his son Stephen play Bach on the violin, and to hear the Fairchild organs played by David Kazimir. 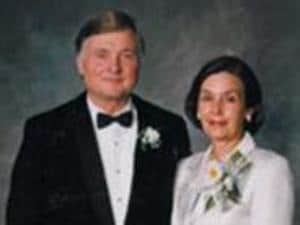