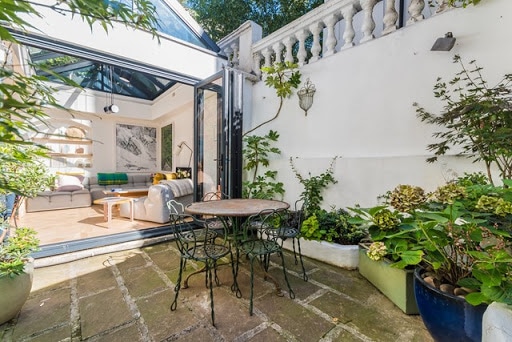 Rafael Todes and his family were playing the 4th Shostakovich string quartet for the benefit of their neighbours on Alexander Street, Bayswater, when the boys in blue paid them a visit to discourage socialising on the street.

No coughing in the middle of movements. And a polite apology at the end. But this is the end. No more street quartets.

This was the moment the cops intervened. They were apparently called out by a lady up the street.

Alexander Street had the best music in town.

After the lockdown ends(1), Mahler will be smaller »