A senor adviser to Angela Merkel’s government has said ‘it would certainly be very wise’ to keep places of public entertainment – including football stadia and concert halls – closed for the next 18 months.

The advice comes from Gerald Haug, president of the Leopoldina Academy of Sciences.

He added: ‘There are also more optimistic assessments of the situation. But it will certainly last several months more, it could go up to a year-and-a-half.’ 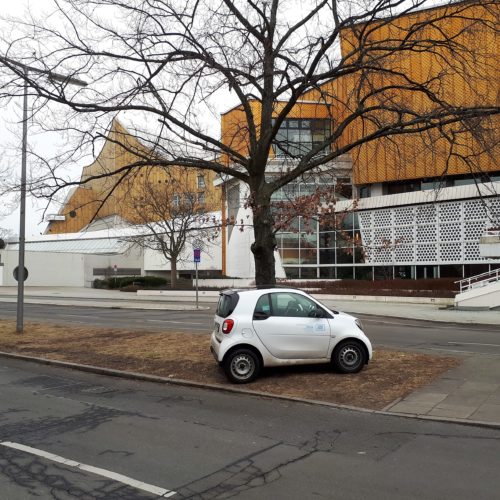 The Cabinet is due to discuss his recommendation tomorrow (Wednesday).

UPDATE: Here is a fuller report of the paper that has been sumbitted and its proposer:

“It will certainly take many months, it could be up to a year and a half,” Leopoldina President Gerald Haug told German television news on the ARD on Monday when asked how long visits to football stadiums should be avoided. The 52-year-old pointed out that the Corona pandemic will not end until a vaccine against the virus has been found. Until then, he said, it was “certainly wise” not to go to the soccer stadium.
However, the Germans might not have to give up the Bundesliga completely this year. The German Soccer League has scheduled an extraordinary general meeting for Friday. Then a decision is to be made about a possible continuation of the season in the Bundesliga in May.
For the time being, the DFL is planning “ghost games” in order to save at least a large portion of the outstanding TV money and sponsorship income of around 750 million euros.
Opportunities that hardly exist in the cultural industry. The big music festivals in Germany, such as Rock am Ring, have been cancelled for this year. Theatres and operas are closed, the Bayreuth Festival is also cancelled.
Admittedly, the Leopoldina’s letter of recommendation to politicians states: “Depending on the possible spatial distance and the contact intensities of those involved, social, cultural and sporting events should gradually be made possible again.
At the beginning of the Corona crisis was the emergency, then came the contingency plans – curfews, contact bans, business closures – and now it’s all about one thing: the exit strategy. The question of when a normal life is possible again.
And the answer from politicians and experts is “not by a long shot”.
On Monday, the National Science Academy Leopoldina did indeed outline a roadmap for lifting the exit restrictions in Germany. Step by step, primary and lower secondary schools, retail and catering are to be reopened. The economy is to be got going again, quarantine and isolation of almost the entire society is to be ended.
But there are reasons why many representatives of the people are talking about a “new normality” that is waiting for us in the coming months. “New, because measures such as wearing masks, keeping away and banning parties will continue for months to come,” as Health Minister Jens Spahn told CNBC on Monday evening.
This means in plain language: The Germans will have to do without many events for a long time to come. Bundesliga soccer, for example.
That basically excludes concerts in clubs or halls. As well as congresses and trade fairs. Church services and visits to theatres, the opera or the cinema are more likely to be possible – at least if there are fewer people in the audience and the rules of distance are observed.
In an internal letter from an industry association for further planning in the Corona crisis, which is available to business insiders, it says: “Large and mass events, whether private or public, will remain prohibited; concerts or Bundesliga football with spectators will probably no longer be possible in 2020.”

Minnesota flips its season into August »