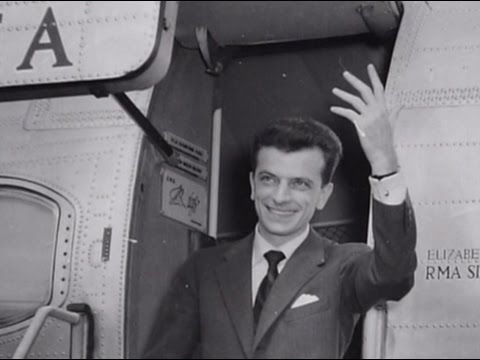 Maestro would have been 100 today

The prodigiously gifted Guido Cantelli was born in Novara on April 27, 1920.

He was widely regarded as the natural heir to Toscanini and had just been named music director at La Scala when, eight days later, his plane crashed moments after takeoff from Orly Airport in Paris on November 24, 1956.

Only one person survived out of 35 passengers and crew on board.

A conducting competition in his memory has been revived this year by the Teatro Coccia di Novara, subject to Covid restraints.

« The Slipped Disc daily comfort zone (41): In a classical haze

Just in: Berlin Philharmonic plans concert on May 1 »