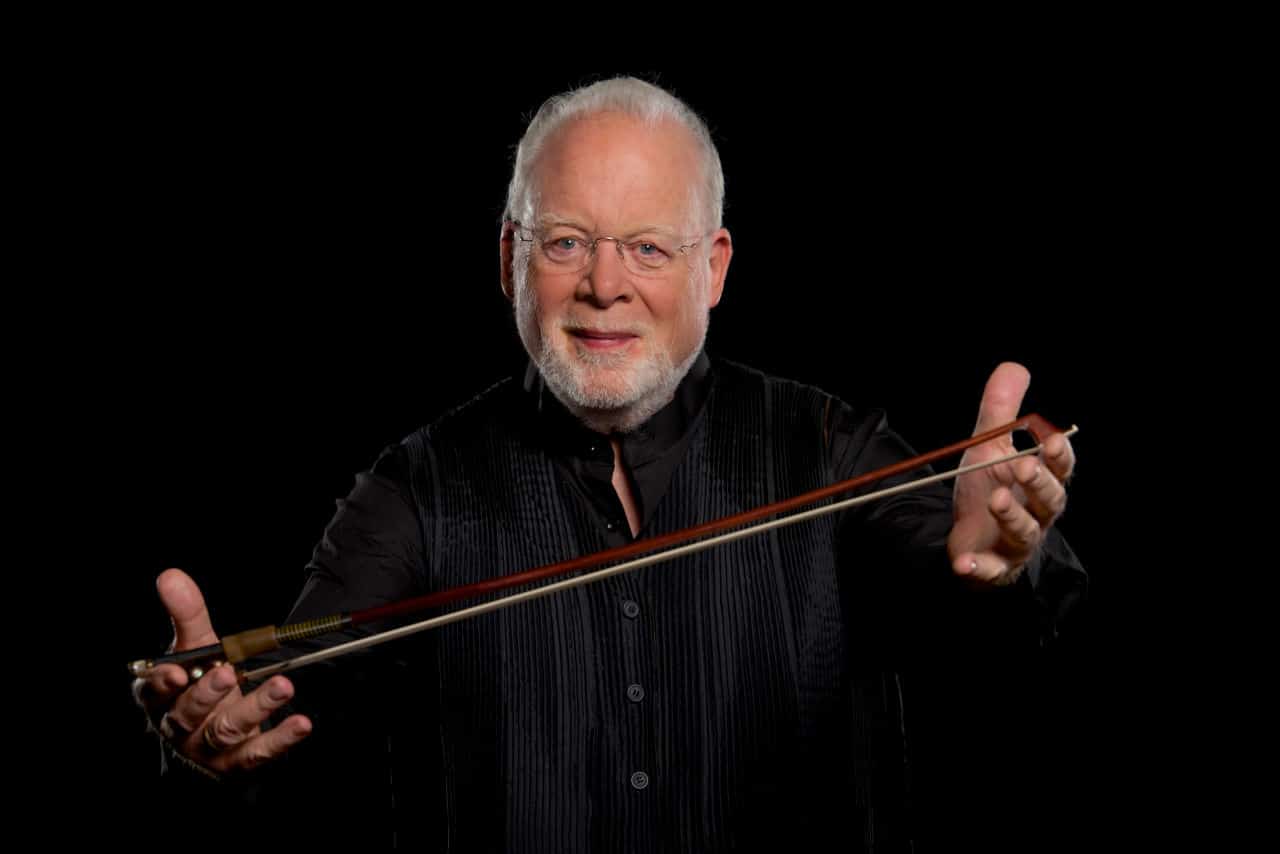 Musicians and others have responded swiftly to the death of the great cellist.

Conductor Donald Runnicles writes: When I reflect on Lynn, the man, the musician, the mensch, I think of a giant.

It was one of the greatest gifts in my musical life to meet this legendary cellist, to make music together, above all to develop a deep and beautiful personal relationship. Imagine my surprise when, for my inaugural season as music director of the Grand Teton Music Festival, Lynn –  Lynn Harrell!  – agreed to appear as soloist in the Haydn cello concerto. We were all witness to his consummate artistry, his wicked and delicious humor in the cadenza, his stillness in performance that belied the awesome sound and control that informed his unique artistry. With that Haydn began an unforgettable relationship over many years between the GTMF and the Gentle Giant. Lynn’s greatest musical passion, his singular and uncompromising mission was always to emulate his father, the great baritone Mack Harrell in all things musical. With my similar passion for the voice, it was perhaps inevitable that together we would dig ever deeper into the vocal essence of all music. I loved this man. I admired this man. I learned so much from this singer. Yes, singer. An instrumental genius who reminded us all that, ultimately, it is the precious human voice that informs great phrasing, great performances.

And of course, I will miss him. A friend and mentor.

In every beautiful turn of phrase, every heartfelt vocal inflection, the great and glorious giant Lynn Harrell lives on.

Susanna Mälkki: So very sad to hear about the passing of Lynn Harrell. What an amazing player and an exceptional pedagogue. I got the chance to participate in just two master classes with him, and chamber orchestra playing with him in the early 90’s at the Royal Academy of Music in London… but everything made a lasting impression on me, and practically everything he spoke about was something I could use ever since. I had never met a teacher before who had such analytical and perfect knowledge of the cello, and all of this combined with such passion and generosity to share! Remarkable. Even his conducting in rehearsals was like a string playing master class, he could transform the sound just by a couple of little verbal hints of articulation. I remember that I was told that my playing had changed after I had turned pages to him in Japan, just by sitting right next to his incredible energy. – And the story he so often told about George Szell making him to wake up as an artist in Cleveland…. And how he was so moved when he told the students at the graduation ceremony to never give up… there were the ones who were rolling their eyes, of course, but I was weeping. Later – maybe not a coincidence – I had the honour to conduct a couple of times when he was the star soloist, and he remembered me well, always so kind. Meeting these greats is such a lesson on how important every encounter in an artists’ life is. Thank you Lynn.

Gerard Schwarz: Today, the world of music lost one of its most distinguished stars. Lynn was a great artist, teacher, humanitarian, and a dear friend to me and our whole family as well as countless others. One of the greatest joys of my life was knowing him as a dear friend and an extraordinary musician. His love of life and family was so lovely to see and his joy in making music contagious. I will miss him terribly and send much love to Helen and all of his children.

José Serebrier: My first of two glorious seasons as composer in residence of the Cleveland orchestra had the extra advantage of being able to observe the rehearsals of George Szell and the magic he was able to extract from that great orchestra. It was like a cold shower after my five years at the side of Leopold Stokowski as associate conductor. Nothing could be more different. Both amazing in their own
approaches. Neither was a string player, and yet they both had a most distinctive string sound. While Stokowski believed in completely free bowings, and carried that principle to the end of his life regardless of repertoire, Szell insisted in writing his own bowings for every work. His bowings were amazing while unusual from a string-player’s practical experience. His choice of bowings were part of his “secret”. I spent countless hours at the Cleveland Orchestra library together with Lynn Harrell copying Szell’s bowings into our scores. Lynn was the 17-year-old star first cellist of the orchestra, 4 years my junior. Lynn would demonstrate for me how some of those unusual Szell bowings in Dvorak’s 8th symphony made a great difference. I would counter how Stokowski’s use of free bowings produced that unmistakable lush sound. Nevertheless, to this day I use the Szell’s bowings with my own set of parts for some works, Dvorak in particular.

The Cleveland years were magical, looking back. We all lived in a run-down hotel a few steps from Severance Hall. In separate floors there was Pierre Boulez on his first job, invited by Szell as Principal Guest Conductor, James Levine as one of 4 assistant conductors, his first job. I had been invited by Szell to join as assistant conductor after winning with Levine the Ford Foundation American Conductors Competition. Szell was in the Jury. I turned it down because I was still in New York with Stokowski who gave me the opportunity to conduct in Carnegie Hall every year and he also conducted my music. When Stokowski announced his return to England, I consulted with Lynn Harrell and he strongly advised re-connecting with George Szell. The maestro proposed that I join the orchestra in the capacity of composer, because the conducting staff was so large I may not get a chance to conduct, and he secured for me a Rockefeller Foundation grant which the orchestra matched. Re-connecting with Lynn was one of the privileges of those years. One of the aspects of his generous personality was reflected many years later, when by then the music director of the Cleveland was Lorin Maazel, and I was invited to conduct an all-Tchaikovsky concert, with Lynn as soloist. Lynn suggested that instead the soloist should be his old teacher, Leonard Rose, who had himself been first cellist of the orchestra long before Lynn.

Cellists Brinton Smith:  One of the greatest cellists of our age, a sincere musician, and a truly kind human being. He welcome me to Rice with open arms and and treated me like a colleague and a friend, despite the fact but I was an unknown and he was Lynn Harrell. His warmth and humanity were infectious, his musicianship heartfelt, and the world is a lesser place without him.

Sebastian Lang-Lessing: What a wonderful artist, cellist and Mensch

Amanda Forsyth: Peace my Cello Hero. The world has lost Lynn Harrell. One of a kind. Will never be another

Andrew Shulman: One of the greats of the 20th century. We played a lot of chamber music together both in the Britten Quartet and the New Hollywood String Quartet. It was always fun and he always had interesting ideas. The concerto performance I will always remember was the Prokofiev Sinfonia Concertante with the Philharmonia and Marriner at the RFH. Effortless virtuosity with a smile!

Benedict Klöckner: Today we lost one of the world greatest cellists and wonderful warm person.

Gautier Capucon: Good bye Lynn Harrell my dearest friend and collegue, your gorgeous and unique way of making your cello sing like a human voice and your immense generosity, We will all miss you dearly, Rest In Peace

Ani Aznavoorian: I’ll never forget hearing Lynn Harrell perform for the first time. He gave a recital at Ravinia when I was little, a night which inspired me to become a cellist. He gave 8 encores and the audience still begged for more.

Mischa Maisky: What a terrible and shocking news…
Lynn was one of my oldest colleagues/friends – we have known and highly respected each other for almost 47 years! He was a phenomenal cellist – with facilities and a sound like no one else – and a real “gentle giant” as a human being! He will be greatly missed by anyone who had the privilege and a pleasure to enjoy his larger than life personality… RIP #lynnharrell

Steven Isserlis: It’s terrible to think that Lynn has gone: the epitome of high-spirited, larger-than-life, twinkly-eyed boyishness, always so enthusiastic and celebratory – and the best colleague one could ever hope to have. 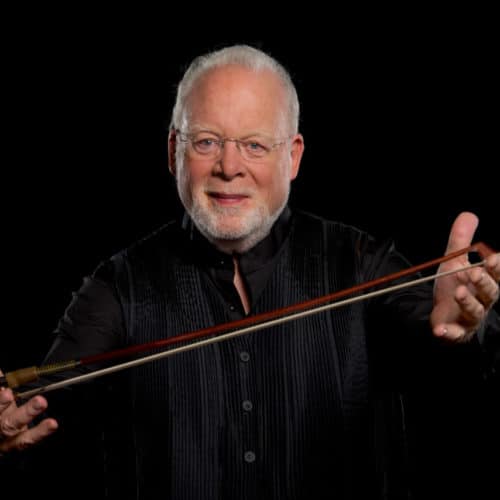 Journalist Martin Kettle: When I was 17 I sat in the front row of the Usher Hall in front of Lynn Harrell as he led the cello section in George Szell’s Cleveland Orchestra. He noticed me and my girlfriend Jenny and invited us to meet up the next day. He was great company. I was a fan for life.

« Just in: A great American cellist has died, aged 76

Leonard Slatkin: The big bear of the cello has gone »