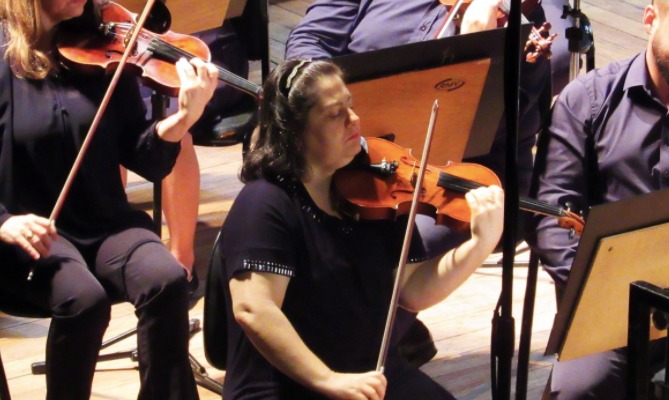 Margarita Chtereva, concertmaster of the Amazonas Philharmonic, has died suddenly at home, aged 49.

No cause of death has been given, but it has been disclosed that she recently returned from Bulgaria via Italy.

The Secretary of State of Culture and Creative Economy informs, with great regret, the passing of the violinist Margarita Chtereva, spalla of the Amazon Philharmonic, which took place on the night of this Tuesday (31/03), in Manaus.

Margarita was Bulgarian and was 49 The musician came to Manaus in 1997 after passing in a public contest that Amazonas held in several countries for the creation of the Orchestra.

The Secretary of Culture and Creative Economics, Marcos Apollo Muniz, highlights that the work of the musician was instrumental in the stage, as well as in the teaching of music in the state.

” It’s an invaluable loss! Over the course of more than two decades, Margarita has been dedicated to work with the Philharmonic and also collaborated with the formation of many Amazonese musicians, some that are now part of the Artistic Corps of the state “, he says.

In addition to the work in the Philharmonic, Margarita participated in programs such as the “Musicado”, a project of the extension of the Superior de Arts and Tourism of the University of the State of Amazonas, to encourage children and adolescents to learn.