The scholar Raymond Coffer reprts that the city of Vienna has finally offered recognition to the artist Richard Gerstl, whose love-triangle with Arnold and Mathilde Schoenberg caused such ructions in the evolution of music history. 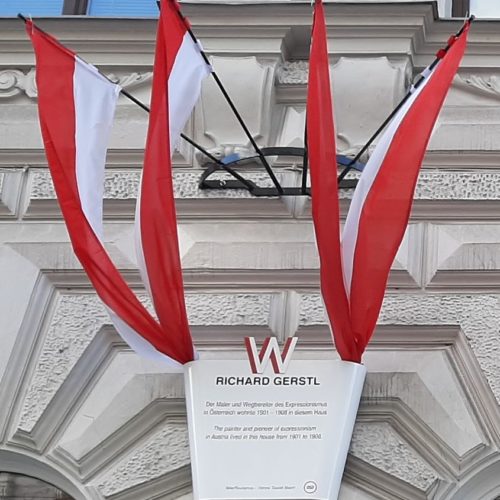 Raymond writes: 20 years after I started writing my PhD thesis and nearly 112 years since he died in 1908, Richard Gerstl has finally been recognised by the City of Vienna with his own plaque at Nussdorferstrasse 35, where he lived from 1901 until his death. My research, my thesis and three recent exhibitions may just have had a little bit to do with it!!

Read more on Raymond’s Gerstl website and in my book, Genius and Anxiety.