A couple called Tad and Dianne Taube have pledged $6 million to support the San Francisco Opera general director, Matthew Shilvock. Mrs Taube has been on the board since 2001.

They say: ‘Dianne and I have a long history of funding a variety of projects that support and enhance the San Francisco Opera. We wanted to establish a lasting and meaningful legacy, and it seemed to us that the best way to ensure our opera company remains one of the world’s best is to invest in the Opera’s ability to recruit and retain brilliant general directors such as Matthew Shilvock.’ 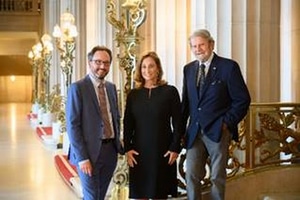 That Taubes made it in real estate.