The composer was working on an American children’s opera around the time of his death in 1950.

Barrie Kosky, unfurling his next season at Berlin’s Komische Oper today, announced plans to piece the Mark Twain fragments together for the first time.

‘The show will go on,’ he declared. 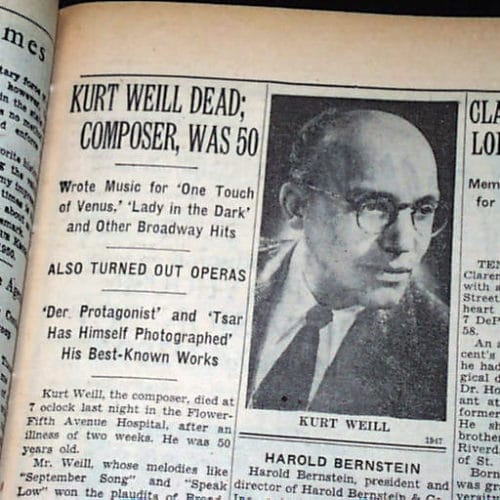