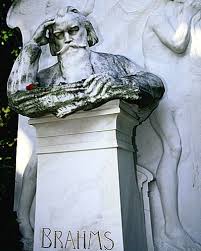 Mirga makes the most of morose Brahms

The latest Slipped Disc review of the CBSO100 season:

CBSO and Chorus at Symphony Hall *****

It was a clever idea to precede Brahms’ Requiem with Mozart’s C minor Wind Serenade for, like the Brahms, this piece is a masterful synthesis of ‘the old style’ with the new. Scored for an ensemble traditionally employed for light entertainment, this carefully crafted piece, cast in Mozart’s favourite key for intense dramatic works, and bristling with contrapuntal ingenuity is defiantly dark in its character, and practically a symphony for wind octet. The performance was a delight. The CBSO wind section played standing, allowing us to savour each individual’s contribution, whilst enjoying the felicities of the ensemble.

Mozart’s formal symmetries were echoed in the mighty construction of Brahms Requiem. The main impression of the evening was the absolute command that Mirga Grazinyte-Tyla had of the large forces involved, the certainty with which it progressed, and the clarity with which it was delivered. The physical disposition of the Chorus into four blocks aided our appreciation of the choral complexities, as we could see as well as hear each entry in the counterpoint and every turn in the harmony.

The work has seven slow movements, which means in some performances, that it lacks drama. This was emphatically not the case here.

One of the most thrilling sounds to be heard in Symphony Hall is the CBSO chorus (180 strong) singing quietly with their characteristic blend of tone and control, and here as the deep darkness of the first movement unfolded, aided by beautifully balanced pianissimo passages in the lower strings.

The relentless tread of “All flesh is as grass” had an alert suppleness that belied its measured tempo and its fortissimo passages stunned with its concentrated power. The jubilant fugue at the end of the movement was steady, but urgently driven; indeed all of the works’ fugues were distinguished in their rhythmic vitality, perfect intonation and character.

The soprano has only one movement in which she sings and Camilla Tilling gave us a sumptuously sung performance, beautifully phrased, with many exquisitely floated moments. Baritone Florian Boesch brought all his lieder singing experience to bear on colouring and expounding the text, with bell-like clarity and a Wagnerian ringing tone.

The chorus was magnificent throughout the performance in the splendour of its sound and unanimity of attack. The apocalyptic vision of the sixth movement in which they play the role of souls awaiting resurrection was spine-tingling, but although the full blooded moments inspired awe, it was the quiet moments that I took away from the evening as the final movement brought the work to a tranquil conclusion and the music that set the opening words “Blessed are those who mourn” returned, this time to the words “Blessed are the dead who die in the Lord.”

Brahms was an intensely private man, and we will never know exactly what his religious beliefs were, but whether you hear it as a religious or a humanist work, this was a profoundly life-affirming concert.