The National Recording Registry at the LoC has produced a ‘Stay at Home’ Playlist for virus-locked Americans.

The gentle sounds of “Mister Rogers’ Neighborhood”; Russ Hodges’ thrilling play-by-play of the National League tiebreaker between the New York Giants and the Brooklyn Dodgers in 1951; the Village People’s international dance anthem, “Y.M.C.A.”; “Cheap Trick at Budokan”; and the original 1964 Broadway cast recording of “Fiddler on the Roof” are among the newest recordings inducted into the National Recording Registry of the Library of Congress.

Librarian of Congress Carla Hayden today named these and 20 other recordings as aural treasures worthy of preservation because of their cultural, historical and aesthetic importance to the nation’s recorded sound heritage.

“The National Recording Registry is the evolving playlist of the American soundscape. It reflects moments in history captured through the voices and sounds of the time,” said Hayden. “We received over 800 nominations this year for culturally, historically or aesthetically significant recordings to add to the registry. As genres and formats continue to expand, the Library of Congress is committed to working with our many partners to preserve the sounds that have touched our hearts and shaped our culture.”

The new recordings added to the National Recording Registry bring the total number of titles on the registry to 550, a small part of the Library’s vast recorded-sound collection of nearly 3 million items.

The most recent recording added to the registry is Colin Currie’s 2008 “Percussion Concerto” album, composition by Jennifer Higdon, and …  “A Feather on the Breath of God,” an award-winning album of sacred vocal music written in the 12th-century and performed and recorded by Gothic Voices in 1985. “This album of Hildegarde von Bingen’s music brought the art of an amazing woman to an entirely new audience, and I feel most fortunate to have been part of the group that recorded it,” said soprano Dame Emma Kirkby. 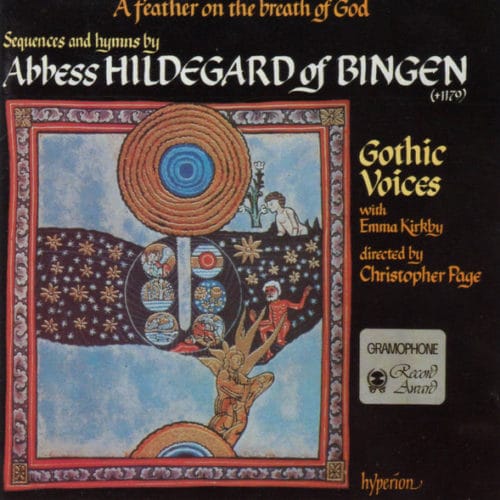