It appears he did not give a full performance this afternoon after missing the dress rehearsal. There was an announcement before curtain-up that he was feeling unwell, but would sing regardless.

There was some booing at the final curtain, unusual in London.

Fidelio opened today @royaloperahouse Beautiful scenes in Act I and goosebumps when @LiseDavidsen delivered her first line. Sorry to see Jonas Kaufmann unable to give a full vocal performance but then it is the cold season 😪#ROHfidelio #fidelio #beethoven #frenchrevolution

#ROHFidelio delivers a triumphant performance from @LiseDavidsen in her first starring role @TheRoyalOpera, the usual goosebumps from ROH chorus, and an under-the-weather Jonas Kaufmann (but I’ll take @tenorkaufmann at 80% than anyone else at 100%). The production is a mixed bag. 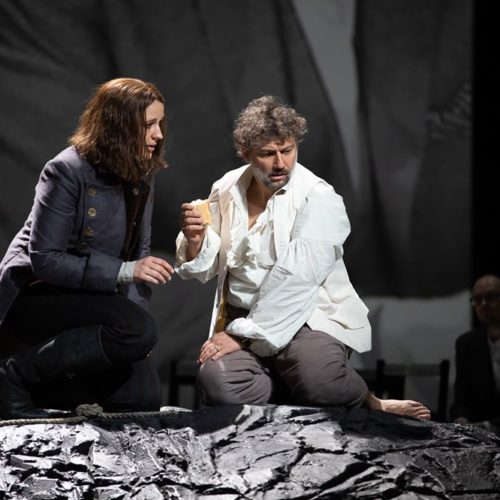 .... there’s something broken-backed about an opera that starts as a quasi-realistic domestic comedy before passing through political melodrama into a symbolic journey from darkness to light and ending up in the visionary realms of the finale to the 9th Symphony and the Missa Solemnis....