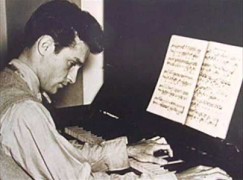 Beethoven: Here’s one I made earlier

The second concerto predates the first. Beethoven began tinkering with it as a teenager in Bonn and brought it unfinished to Vienna. Even after extensive revisions, it still betrays a flagrant debt to Mozart. It shares a key, B-flat major, with Mozart’s 27th piano concerto, his last. ‘This concerto I only value at 10 ducats,’ Beethoven told a publisher, ‘because, as I have already written, I do not consider it one of my best.’

As usual, Beethoven knows best. The concerto pushes out no boundaries and makes few demands on its performers, physically or intellectually. Nevertheless, there is something about it that inspires unique performers. William Kapell, for instance. Recording the concerto in 1946 with Vladimir Golschmann and the NBC Symphony Orchestra, Kapell staked a claim for recognition as the most promising pianist ever born in North America. He was immediately urged to apply himself to contemporary music, especially by the fashionable Russians Shostakovich, Prokofiev and Khatchaturian, but Kapell had been playing Beethoven concertos since he was 14 and he didn’t want to stop. In this recording he transcends Golschmann’s fairly prosaic conducting to deliver deep poetry in the central movement and flashes of wit in a performance of enduring value.

Kapell, perpetually insecure, checked in for extra lessons with Schnabel and tried in vain to get a session with Vladimir Horowitz who lived across the road from him in New York. His main teacher was Olga Samaroff, Stokowski’s ex-wife. His press agent ensured he was seen in all the best papers, but Kapell did himself no favours, threatening to punch a New York Times critic in the face after a hostile review of one of Horowitz’s recitals. He set off for a life on the road. In October 1953, flying home from Australia, his plane crashed outside San Francisco, killing all on board. William Kapell was 31 and this recording stands as his Beethoven epitaph. ‘He was probably the greatest American pianist who ever lived,’ said his younger rival Leon Fleisher. 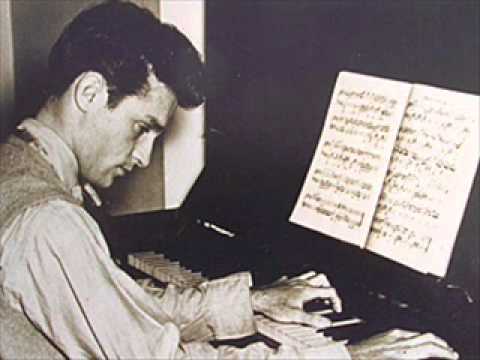 Martha Argerich, likewise, recorded this concerto several times. On the first occasion, in 1983, she conducted from the keyboard, something she hardly ever did. The orchestra was the London Sinfonietta, a contemporary-music ensemble. The quirky combination of a strong-willed soloist with an experimental-minded orchestra is absolutely irresistible. Why did she not conduct more often?

In the spring of 1957 Glenn Gould was invited to perform in Leningrad and Moscow. He was the first Canadian to be heard in the Soviet Union at a time when contact with westerners was restricted or prohibited. An instant sensation, his performance of the second Beethoven concerto with the Leningrad Philharmonic was conducted by Ladislav Slovak, whose teacher Yevgeny Mravinsky removed himself from the roster after Gould talked of performing Berg or Schoenberg as an encore, both of them anathema to the party line. His performance on this radio tape is modern to the point of improvisation, with huge fluctuations of tempi and dynamics. The world had never heard its like before and maybe never would again. Gould’s retake that year with Leonard Bernstein and the New York Philharmonic is wan by comparison.

Among living pianists, I am hugely impressed by the Canadian Jan Lisiecki who, stepping in at the last moment for an injured Murray Perahia in 2019, so impressed the DG team who had come to record Perahia that they recorded him instead. Still in his 20s, Lisiecki stands at the opposite end of the Canadian keyboard from Gould, playing without fuss or wilful variations, just letting the music speak for itself. He hits peak performance in the next concerto, but this one too demands to be heard.

Also in 2019, the Israeli pianist Boris Giltburg formed a receptive partnership with Vasily Petrenko and the Royal Liverpool Philharmonic, an orchestra that will always reach for the heights if the soloist is right. Giltburg saves his best for the middle movement, never lingering over lovely tunes but giving the texture room to expand. In this he is not unlike Emmanuel Ax who, in 2020, engaged in a witty dialogue with Michael Tilson Thomas and the San Francisco Symphony, a performance tinged with valediction since this was the conductor’s farewell season. In the absence of Arthur Rubinstein, Emmanuel Ax fills the role of entertainer who takes nothing – except the music – too seriously.

Mitsuko Uchida has two recordings, made two decades apart. In the first (1998), with Kurt Sanderling and Bavarian Radio, she sppears to defer to a senior colleague. In the second (2018), with Simon Rattle and the Berlin Philharmonic, she is the central pole around which all else revolves. The contrast in the central movement is rivetting.

There is no shortage of compelling performances of this evolutionary work but I’ll draw your attention to just one more. The brilliant Russian pianist Mikhail Pletnev, who is also an accomplished conductor with an orchestra of his own, was engaged to record the five Beethoven concertos for DG in 2007. Instead of directing the Russian National Orchestra from the keyboard, he installed his record producer Christian Gantz on the conductor’s podium. Gantz is one of those studio animals who does not let anyone go home at night until he is happy with every last note in the can. In the role of conductor, he challenged Pletnev not so much with speeds and dynamics as with an expectation that he can do better – the mark of a good producer. The result is an unusual mixture of fantasy and practicality, a performance of dazzling integrity and liberated dreams.

There is also a concerto that Beethoven composed when he was 13 or 14. Two recent recordings have been made. This one is probably preferable but, as I noted a few months ago in a review, ‘the emotional barometer is turned very low’.

« The Slipped Disc daily comfort zone (12): The leaving of Liverpool

Meet the stay-at-home chorus from from the Coronavirus frontline »