The Australian-Chinese violinist Christian Li has signed to the new set-up at Decca.

In 2018 he became the youngest-ever winner of the Menuhin Competition, at the age of 10. 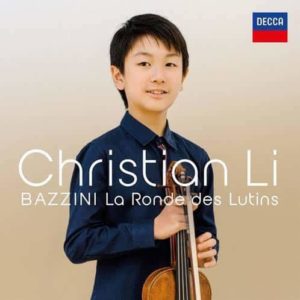 The next David Garrett?