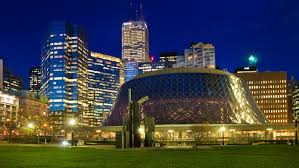 There was coughing and sneezing at a Toronto Symphony rehearsal. Some players called the media. Hours later, the orchestra shut down.

Just in from Vancouver Symphony: BC Provincial Health Officer Dr. Bonnie Henry has directed the cancellation of all gatherings larger than 250 people in an effort to stem the spread of COVID-19. As such, VSO concerts through to April 5th are immediately cancelled or postponed.

Winnipeg Symphony stays open: The government of Manitoba and public health officials continue to report that the risk of acquiring COVID-19 in Manitoba is low.

Toronto Symphony statement:
The Toronto Symphony Orchestra (TSO) is
cancelling performances of its upcoming Pictures at an Exhibition concert this weekend
(March 13, 14 and 15) and its EVENING EPIC gala fundraiser (March 26) in response
to the evolving COVID-19 situation.
“This was a disappointing decision because we know that music can play such an impactful
role in alleviating distress during challenging times. We are committed to supporting our
community in prioritizing health and safety. While we won’t be providing Torontonians with a
live orchestral experience for now, we will explore creative ways that we can inspire through
the power of music during this period of time,” said Matthew Loden, CEO, Toronto Symphony
Orchestra.
The TSO recognizes that the current COVID-19 risk remains low in Canada. The decision
was made out of a commitment to health and safety and the direction given by Ontario’s
Chief Medical Officer of Health to limit gatherings of over 250 people. The Toronto Symphony
Orchestra has worked collaboratively with Roy Thomson Hall on its COVID-19 response.
The next scheduled performance for the Toronto Symphony Orchestra, Lisiecki Plays
Beethoven’s Emperor, is scheduled for April 1–5, 2020. A decision about moving forward
with those performances will be made closer to the performance dates.

« Death of a Pulitzer-winning US composer

When an orchestra is sent home »