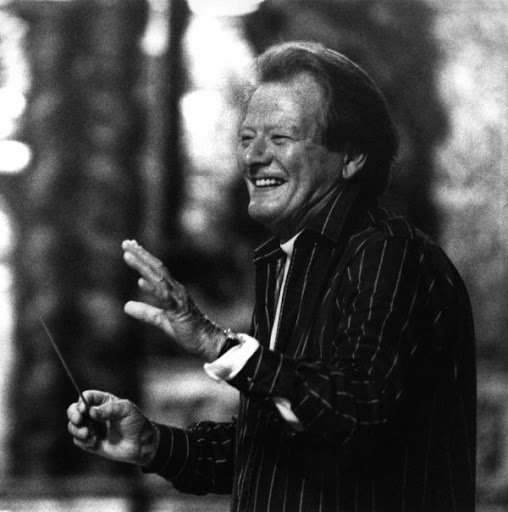 Beethoven says: May the 4th be with you

Trapped between the enormous statements of the Eroica and the Fifth Symphony, the fourth symphony was always appreciated most by composers. Berlioz regarded it as the work of an angel and Mahler mimics its hesitant introduction in the opening to his first symphony. You don’t need to know much about music – or Beethoven – to understand why the work failed to be understood by audiences, then or now.

Although written at the same time as the 5th symphony, the fourth is neither heroic, nor is it romantic, ethereal or political. A German analyst complained that it lacked ‘higher meaning’ and one early-20th century English critic placed it as ‘not in the main line of Beethoven’s spiritual development’, a statement that is at once self-evident and yet so simplistic as to demand instant demolition.

To understand the symphony, we have to take it at face value: this is what Beethoven was writing in breaks between composing movements of the 5th symphony. In other words it is, by self-definition, his not-the-fifth symphony. Once that truth is grasped, all others fall into place. The fourth symphony is every bit as radical as its companions, springing a counter-intuitive shock by defying the heroic and romantic modes of the time. It is deliberately quiet for two movements and consciously introspective for the rest. It carries us forward beyond Beethoven to the fourth symphony of Robert Schumann, another composer who ignored what the world expected of him, and beyond that to Mahler and Schoenberg. In the hands of a gifted interpreter, Beethoven’s fourth symphony is an overwhelming experience, equal to either of ts neighbours. Leonard Bernstein called it ‘the biggest surprise package Beethoven has ever handed us.’

To find an entry point I’d begin with the Russian school of Beethoven interpretation, always focussed less on beauty than structure and momentum. The enigmatic Yevgeny Mravinsky gave a gripping performance with the Leningrad Philharmonic in June 1955, an account that delineates that shape of things to come in the opening page and holds fast to its purpose for the next half-hour. If Mravinsky has a fault aside from a certain coolness, it is his inflexibility. Here his rigidity delivers a Beethoven unperceived by noisier conductors, a composer who walks alone while the world about him trembles on the brink of war and chaos. Whatever Mravinsky and his musicians went through in the siege of Leningrad is imbued in this epic realisation of an elusive masterpiece.

Among Mravinsky admirers, the Latvian Mariss Jansons (2012) offers a gentler view of Beethoven, more rounded and approachable, yet tinged by an inner compass that points resolutely ahead, to a better world. The Bavarian Radio Symphony Orchestra, on top form in a Tokyo concert hall, adds luxurious sheen to the proceedings.

The Czech exile Rafael Kubelik, offered an opportunity to record a 1970s Beethoven cycle for Deutsche Grammophon, chose to perform one symphony with each of his favourite orchestras. For the fourth symphony, he settled on the Israel Philharmonic, still composed at the time mostly of Hitler exiles from Germany, Austria and his own homeland. The fourth symphony served as a meeting point for waywayrd souls, waifs and strays. Kubelik invested the work with a yearning for paradise lost, driving it forward to some roseate destination. The Israel Phil was not an ensemble of absolute world class, but here it sounds like one.

Most discussions of the fourth symphony begin (and end) with Wilhelm Furtwängler. The fourth was one of the old waverer’s favourite works and he never failed to make it reflect the circumstances of the moment. His June 1943 Berlin broadcast, in the midts of war and death, is dark and dread-filled, punctuated by audience coughs, bangs and nervousness. Over these disturbances, Furtwängler throws a line of beauty and salvation. We can do better than this, the music seems to say, redemption is in our hands. This is one of my most-listened Beethoven records. Post-War Furtwängler repeats with the Vienna Philharmonic are more serene, less satisfying.

Carlos Kleiber‘s 1982 Munich performance has a magical aura and unmatchable tension. You may be swept away. Myself, while listening to it, I think: you had to be there. This is not a repeatable occasion, enjoyable as it remains. Herbert von Karajan‘s most effective Beethoven 4 is the Berlin one from 1963. Abbado, Rattle, Chailly and Ivan Fischer are all worth investigating. The veteran Herbert Blomstedt (2016) is well worth a detour to Tanglewood for sheer elegance and timeless mastery.

Leonard Bernstein spoke with real authority in this symphony, which American orchestras played more when he was growing up than their European colleagues did. There’s a lightness to his touch and a smoothness of line in the second slow movement that makes his subsequent speeds appealing and coherent. The New York Philharmonic exercise unaccustomed discipline and surgical precision.

Christopher Hogwood led the period-instrument recordings in 1987, but I can’t help finding his reading fidgety and dry when heard beside Roger Norrington, Nikolaus Harnoncurt or Frans Brüggen. If it’s excitement you’re after, John Eliot Gardiner and his Orchestre Révolutionnaire et Romantique will appease raw cravings. It’s fast and furious in the latter half, but is it Beethoven?

When I contemplate the fourth symphony, my ideal recording is Neville Marriner‘s with the Academy of St Martin in the Fields. Marriner was a pioneer of period practice who rejected growly basses and valveless horns in favour of an agreeable sound ambience. As a boy of 16 in 1939, Marriner was called into the London Symphony Orchestra to deputise for fighting men. Conscripted at 18, he was seriously wounded and out of action for several months, in the course of which he studied period performance with his ward neighbour, Thurston Dart.  Over the next 15 years in London orchestras, he played for Toscanini, Furtwängler, Stokowski, George Szell and Pierre Monteux. Observing them closely from his seat as leader of the second violins, Neville Marriner learned how to get the best out of a group of musicians. While he lacked the numinous aura of a grand maestro, he could get outstanding results from any set of players, and on very little rehearsal.

His 1976 Philips recording of Beethoven’s fourth symphony is Neville Marriner at his peak – sensitive, supple, sleek and sometimes swift while taut in line and length. The finale is a masterclass in holding the attention. Marriner took a lot of flak from early-music purists for being too moderate, and from grand-maestro adulators for not being flash enough, but here he’s as good as it gets, if not better. His core values were founded on a humility that came from spending all those years at the wrong end of the stick. 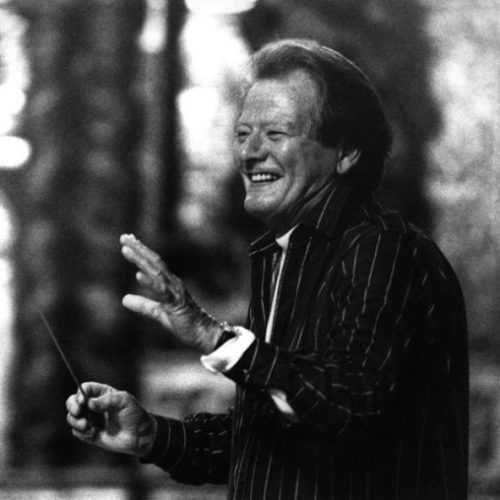 « How to sing Bach and play bassoon (at the same time)

Here’s one Mozart wrote strictly for the birds »