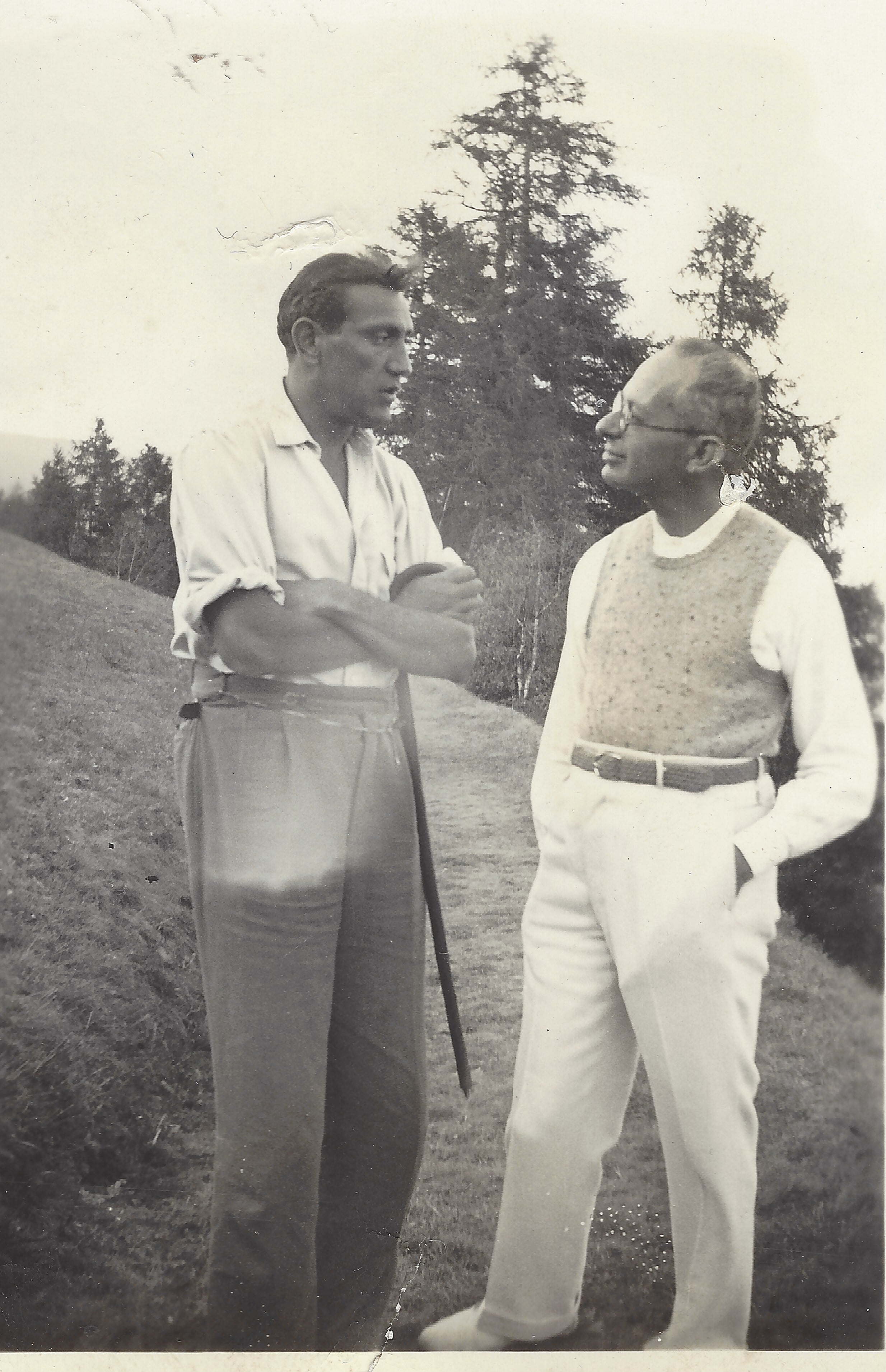 A different kind of isolation: exiles in Paradise

The cellist Brinton Smith has a new album out, pursuing the next stage of his fixation with the 1940s Jewish refugees in Hollywood. Here’s a note he has written for Slipped Disc:

Los Angeles in the early 20th century was a thriving but culturally undeveloped city, with little in the way of concert or operatic culture. An influx of refugees, however, fleeing war and persecution in Europe and lured by economic opportunities and beautiful weather, rapidly formed, within a few square miles near Hollywood, one of the most talented and prolific communities in music history. Attempting to recreate the world they left, they altered the course of American culture.

Most were refugees- the majority Jewish. They came to America in waves, fleeing the Czarist pogroms, the Russian Revolution, the rising anti-Semitism and the impending war in Europe, and formed a tight-knit community, relatively unnoticed by the city around them. Though the world they had left behind was an inferno, they lived in peace and relative luxury in what must have seemed an almost unreal paradise. Many, like Ernst Toch, spent the war years attempting to save their relatives, but anti-Semites in the State Department enforced tight restrictions on Jewish immigration and, shockingly, from 1933-1945, the quota for Central and Eastern Europeans was never once filled.

These former luminaries of Western intellectual life lived in exile in a city devoted to commerce and mass entertainment. They had not only to rebuild their lives, but to redefine them. As Feuchtwanger noted, “They were immigrants first, and only after that were they the people they really were “ In a joke popular in the community, two dachsunds met in Santa Monica and one said “Here, it’s true, I am a dachshund, but in the old country, I was a St. Bernard!”

Today (Friday) we release a Naxos CD titled Exiles in Paradise: Émigré Composers in Hollywood that explores some of these remarkable composers with a survey of works and new transcriptions for cello and piano. They range from Korngold to Schoenberg, from seldom heard compositions by Toch and Gruenberg to Waxman’s Carmen Fantasie. The stories of some of these composer’s deserve wider knowledge:
Joseph Achron (1886-1943, LA 1934-43) was a Lithuanian Jew, known as much for his violin playing as his compositions. Schoenberg described him as “one of the most underrated modern composers” and Achron was notable for his embrace of Jewish musical idioms at a time when most Jews were more concerned with integration. His friend and fellow Auer pupil, Heifetz made Achron’s Hebrew Melody known around the world. Achron composed for films, continued his violin career, and premiered his Violin Concerto No. 3 with the Los Angeles Philharmonic.

Louis Gruenberg’s (1884-1964, LA 1937-64) family, like those of Godowsky and Gershwin, immigrated in the late 19th century, fleeing pogroms and restricted opportunities in Russia. Gruenberg gained rapid, but fleeting, fame in America with his 1933 Opera The Emperor Jones, even appearing on the cover of Time. Gruenberg moved to Los Angeles and became an active film composer, with several Academy award nominations and at least 39 film score credits. His work stopped in the 1950s, likely as a result of blacklisting. Fellow Beverly Hills resident Jascha Heifetz commissioned and recorded a violin concerto in 1944, marking a second high point in Gruenberg’s career as a composer of concert music.

Ernst Toch (1887-1964, LA 1936-50, 58-64) was a Viennese Jew who taught himself to compose by studying the scores of Mozart quartets. Forced from his professorship in Mannheim by Hitler, Toch found refuge in Hollywood, where he scored music for films in relative obscurity (his music for the chase scene in Heidi is perhaps his best known score) and taught both music and philosophy at USC. Toch was a leading avant-garde composer in the pre-war years, and believed his music represented a ‘third way’ between serial music and traditional techniques, but in later life Toch abandoned polytonality in favor of a more traditional approach.

We close the album with It Ain’t Necessarily So by George Gershwin, in the transcription of his friend and neighbor, Heifetz. Born Jacob Gershowitz to recently arrived Lithuanian immigrants, Gershwin grew up to personify American music, and seemed the appropriate ending to this story. It is remarkable how much of the American scientific, economic and cultural dominance in the 20th century flowed from those who came to its shores seeking refuge, opportunities and fair treatment that their own governments would not afford them. These composers transformed the musical culture of America in ways that are only now beginning to be fully appreciated.
*******

« There is no Classical Next