The Vienna State Opera has confirmed to us that a principal cello in the opera orchestra was dismissed yesterday instantly and without notice following allegations of sexual misconduct in his role as a teacher at the University of Music.

The man had previously been sacked from the university. His appeal against dismissal was dismissed this week by a labour court.

Under Austrian law the player, who is also a principal cello of the Vienna Philharmonic, cannot be named. 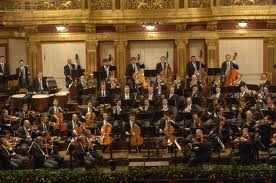