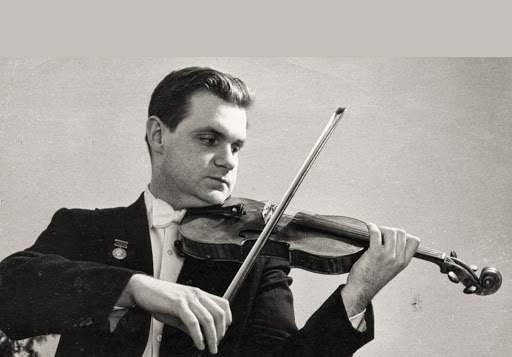 The Beethoven concerto: Here comes another one…

A new recording of the Beethoven violin concerto landed this morning on my doorstep. It’s by the German virtuoso Lena Neudauer, who says the works makes her ‘feel part of something much greater’. Does it arouse the same sensation in the listener? Not on first hearing.

Had it arrived a month ago, before I assessed 100 or so recordings, would it have made the cut? Certainly not.

Because what I am looking for is performances that add something significant to our understanding of the work, performances of which we can say afterwards that they have taken the work itself forward by several paces, that it no longer seems the same as before.

All the performances that Gidon Kremer and I have discussed in three posts fulfil those criteria.

Are there any we left out?

A few commenters single out Wolfgang Schneiderhan, who made three recordings with Van Kempen, Eugen Jochum and Furtwängler. The first is singularly beautiful, languid, commanding and utterly sanitised of anything that might be mistaken for emotion. Schneiderhan gives a sanitised performance. It may be a template for others, but it’s one I don’t want to revisit.

Who else? Szeryng, Grumiaux, Accardo and Josef Suk are deservedly mentioned. All deliver everything one could ask for in the work – without, however, adding that decisive element of progress.

I could also have name-checked Isabelle Faust, the younger Hilary Hahn and Viktoria Mullova without lowering the barrier, not to mention Monica Huggett, who gave a truly thought-provoking period performance on gut strings with Charles Mackerras and the OAE.

None quite forces his or her way into the criterion of taking the work forward.

Only one omission comes close. I have been relistening to the 1972 Moscow recording by Igor Bezrodny, with Gennady Rozhdestvensky conducting, and what I hear is a distinctive and immutable style that may hark back to the pre-revolutionary St Petersburg school, a blend of high precision with thoughtful explication. Bezrodny (1930-97) studied in Moscow with Abram Yampolsky and went on to become a busy soloist, conductor and teacher, one who (it is said) never took his violin to a lesson for fear that a pupil would be influenced by his musical personality instead of developing an original sound.

His performance of the Beethoven concerto is more austere than Oistrakh’s and the cadenza is almost frigid in its non-frivolity, but the expression sticks in my mind and I would not wish to be without the unflinching integrity of this interpretation. Bezrodny is my only addition to the previous lists.

As for the newest arrival, Neudauer’s is a perfectly fine and enjoyable performance, perhaps a little too reminiscent of her teacher, Thomas Zehetmair. It’s fine. But we go to football to see a good performance. In music, we demand something more.

« Dresden Opera Ball in doubt as two presenters pull out