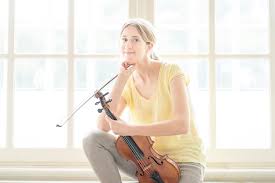 The latest review in the Slippedisc/CBSO100 season:

Vilde Frang had the cruellest of rewards after delivering Thursday afternoon’s knockout performance of Shostakovich’s fearsomely difficult First Violin Concerto: she missed her flight from Birmingham Airport. Her taxi had been unable to battle through stationary traffic in the underpass, she told me when I bumped into her  as she returned to her hotel, and she thought it would be a good idea for me to write a review of the Birmingham traffic situation. So I am. 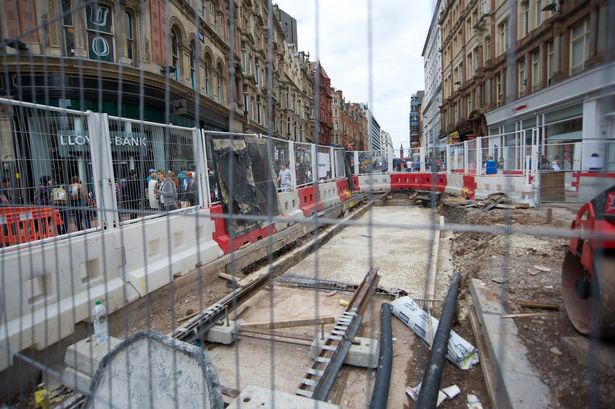 Her response to the Shostakovich, a work searching technically, physically and emotionally, had gripped us all, right from its eloquently sustained opening, Frang’s grieving lines, muscularly accented, supported by a weight yet flexible CBSO under principal guest conductor Kazuki Yamada. She interacted particularly sensitively with the orchestral strings here.

Following a skittish, skeletal scherzo we had further evidence of Frang’s ability to trace long-spun lines in the powerful Passacaglia, the orchestra eventually silencing as she tackled the famously demanding cadenza, building tension inexorably until the orchestra burst in with the announcement of the finale. After metaphorically wiping her brow, Frang leapt in with a vicious attack, dispersing so much energy and stamina during the music’s unstoppable course,.

After such inward, personal musicality, the aural spectacle of Respighi’s Roman Festivals came as more than a shock. Yes, we were impressed by the sheer size of the assembled forces, with so many extras in terms of percussion, brass. piano, organ and the rest (in the two subsequent tone-poems of this Roman trilogy we would also hear a mandolin and a nightingale serenading a cuckoo), and Symphony Hall was the perfect venue for this sonic extragavanza; but for all the relentless power of the sound under Yamada, we wondered where the musical values actually were. I was kept waiting for the film to begin.

The musical quality of  Fountains of Rome and finally Pines of Rome was much higher, Respighi creating genuine atmosphere as his smaller-scale pieces usually do (try the Botticelli Triptych, as an example). Here we could relish impressionistic woodwind solos in dreamy nightscapes, well-driven rhythmic exuberance, and at least appreciate how well Respighi’s extragavanza had been rehearsed, and how judicious was Yamada’s balancing of these intricate textures.

« Renee Fleming gives it all up to Juilliard