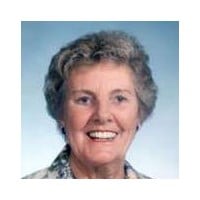 Opera Theater of St. Louis has announced its largest-ever single gift – a $45 million bequest from former board member Phyllis Brissenden.

Mrs Brissenden, who died in December aged 86, was a supporter of Opera Theatre of St. Louis from its opening season in 1976. She is reckoned to have given $2.5 million in her lifetime, saving the rest for her Will.

News of the bequest was announced in the last hour.

It is one of the largest donations, if not the largest, ever made to any opera house in the US.

Nobody’s saying ho she came by some much money. Her father, Obed Lewis Herndon, owned a dry-goods store in Springfield. She was married for eight years to Walter Brissenden, a division commercial manager with the Bell Telehone Co. He died in 1986. They had no heirs.

« Opera house sacks all its singers