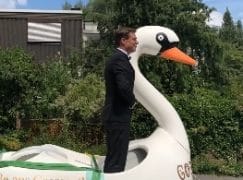 It’s been a while since we last assessed the press departments of opera houses, festivals, concert halls and music institutions. The first list was 2014, the second 2017, so we are definitely due one for 2020.

Total turnabout at the NY Phil with proactive new team.

Since all of these institutions are sustained by state funding and private donations, there is a legitimate public concern in encouraging them to improve their public communications. Where should we begin?

Here’s the 2020 list of the world’s worst music PR departments:

The PR chief died, poor chap. He was just doing his job, saying nothing at all to anyone.

The PR chief quit. No change. The Met still only ever talks to the NY Times and selected other eunuchs.

They’ve just noticed that the world biggest classical news site is not on their press list.

They actually believe their own press releases.

No release is good release. The best review copy is the one that doesn’t get sent.

Collectively en grève all year round

Classical music? Do we still do that?

We won’t even mention English National Opera, which now restricts critics to one ticket, while allocating two to their editors.

« Horror of the week: Rachmaninov piano concerto transcribed for chorus