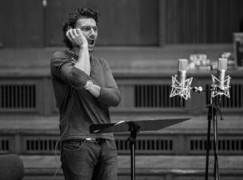 The UK Home Office has let it be known that artists from EU countries will need visas to perform in Britain from January 2021.

The department has clarified that they will be subject to the same restrictions as non-EU entertainers once Brexit is in place.

That means a Tier 5 visa, which is not always easy to obtain. It’s the end of freedom of movement.

The acting chief of UK Music, Tom Kiehl, writes: ‘New plans confirm that from 2021 EU musicians coming to the UK for concerts and festivals will be treated in the same way as those from the rest of the world. This will drag some agents and promoters into the immigration system for the first time and increases the possibility that [EU] member states [will] introduce new bureaucratic hoops for UK musicians to jump through when seeking to perform across the European Union.

On the potential impact beyond tours and festivals, Kiehl notes: ‘It’s welcome the government has reduced its salary cap [for immigrants], yet these proposals will still not work for many in the EU who want to work in the UK music industry over a longer period of time, given musicians’ average earnings are £23k and a reliance in the points-based [immigration] system on the need for elite academic qualifications’.