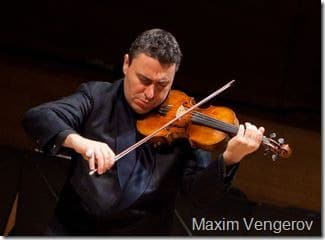 Maxim Vengerov: “This is a new chapter in my recording life. I have specifically selected IDAGIO as a partner going forward because of the high audio quality they offer their subscribers, as well as their remarkably comprehensive and easy to navigate catalogue. IDAGIO is a pioneer in classical music and offers experiences no other streaming service can compete with. IDAGIO is a platform that allows sharing and can broaden anyone’s interest in classical music, whatever the degree of knowledge.”

UPDATE: Classic FM, which keeps exhorting listeners to relax, has just named Maxim artist in residence for the next year.

Classic FM has created the year-long partnership with the world-renowned musician and conductor, ahead of his special anniversary concert at the Royal Albert Hall this summer to celebrate 40 years on stage.

For the partnership, Classic FM will broadcast exclusive recordings from Vengerov, including concertos by Brahms and Tchaikovsky; an in-depth interview ahead of his special concert and a Maxim Vengerov ‘takeover’ weekend celebrating the man and the music. In addition,
twelve new videos will be released across the year on ClassicFM.com and Classic FM’s social platforms, with Vengerov sharing his advice on performance and study. In Classic FM’s Full Works Concert (weekdays, 8pm to 10pm), there will be further exclusive
recordings of the star violinist’s live performances, including a recital from New York’s prestigious Carnegie Hall.

US opera will stage Bollywood Figaro »