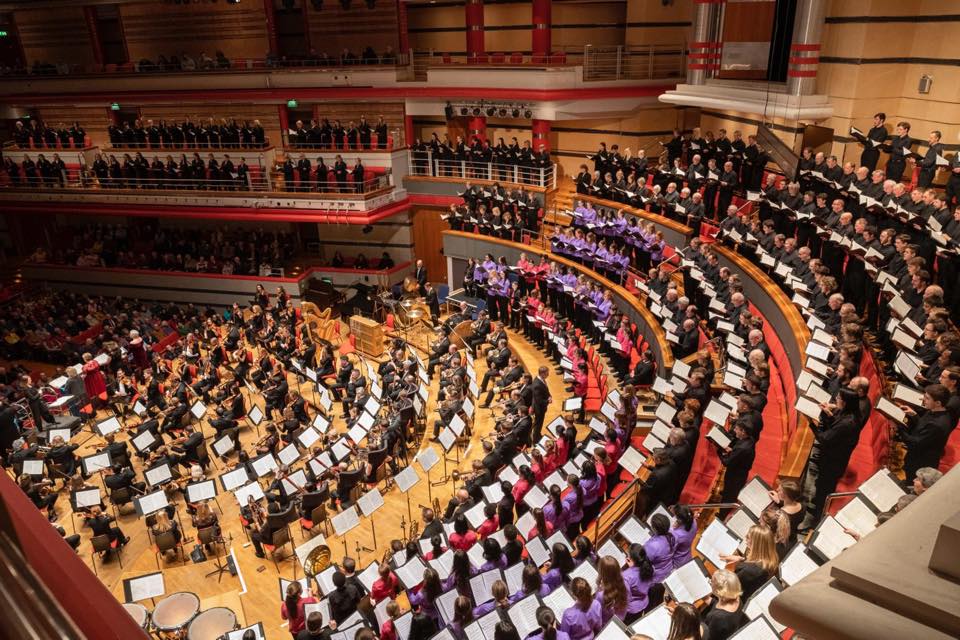 The Slipped Disc/CBSO100 review of Mahler’s Symphony of 1,000 in Birmingham this weekend:

Mahler’s famous riposte to Sibelius that, “the symphony must be like the world. It must embrace everything!” was embodied in this exuberant all-embracing Symphony of a Thousand. From the thunderous opening Veni, Creator Spiritus to the ecstatic closing mystical chorus this performance gripped us in a marvellous musical hug. With the massed choral forces in front and in the right and left circles we were enveloped in sound, in sympathy with every swoop and swirl of this epic musical journey. The symphony’s second part, inspired by Goethe’s Faust, moves into an imaginative landscape of abysses and mountain ranges which the choirs and soloists conjured into life. With Morris Robinson’s rock steady bass as its foundation, up through the heights of baritone Roland Wood and mezzos Karen Cargill and Alice Coote to the shimmering soprano pinnacle of Erin Wall, Natalya Romaniw and Katja Stuber. AJ Glueckert was an outstanding Doctor Marianus, impassioned but lyrical too.

The choral forces came from Birmingham and Baltimore – the CBSO Chorus CBSO Youth Chorus, CBSO Children’s Chorus, University of Birmingham Voices and Baltimore Choral Arts Society – aged from eight-years-old to seasoned veterans. From roof-raising frisson-inducing power to utmost delicacy – Mahler’s “blessed youths” sounding truly angelic – they were inspired. Amidst all the sound, fury and sublimity was Mirga Gražinytė-Tyla, a petite oasis of calm amidst the storm, who marshalled the massive forces splendidly. She was never afraid to explore the extremes of tempo and volume or to hold and caress a phrase – supported magnificently by the orchestra. 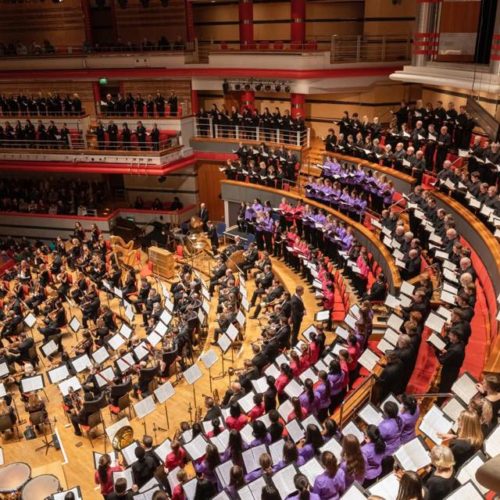 As well as Gražinytė-Tyla and a suitably enlarged CBSO, all three of the CBSO’s resident classical choruses and youth choruses were on stage, reinforced by the University of Birmingham Voices (another project of the CBSO’s chorus director Simon Halsey) and the hundred-odd singers of Baltimore Choral Arts Society, who’d made the trip across the Atlantic to perform a work which, 110 years on, is still worth a detour. The artistic rationale – besides an understandable desire to make a splash – was intriguing. In 1920, the CBSO’s first music director Appleby Matthews planned (but never gave) what would have been the symphony’s UK premiere. It’s hard to imagine what that might have sounded like: even in Symphony Hall, the massed singers extended into the Circle and more than halfway down the auditorium.

That created a thrilling surround sound effect – not, as feared, an engulfing wash of undifferentiated noise, but a brilliant, ricocheting, physical impact as each section hurled its phrases across the hall in counterpoint and in dialogue, crystal clear and blazing with conviction. Even the adult voices had a youthful ring. Words were comprehensible, dynamics were observed with absolute unanimity and the mightiest perorations had a recognisably musical shape and direction, while Part One’s dissonant, demonic shouts had a vicious sting. Credit for that – a huge element in the performance’s impact – has to go to Simon Halsey and his colleagues, of whom Julian Wilkins was upstage, acting as assistant conductor with the CBSO Youth Chorus and Children’s Chorus (who sounded serenely unfazed either by Part One’s medieval Latin or the tongue twisting high German of Goethe’s Faust in Part Two)….

Read on here. No national newspaper has yet published a review.