Julian Lloyd Webber threatened this week to resign as head of the Royal Birmingham Conservatoire if the Government won’t give him enough money to do a proper job. The facts are straightforward. London has four conservatoires – the Royal Academy, Royal College, Guildhall and Trinity – none of which is, or has ever been, a world beater.

The rest of the country – Birmingham, Manchester, Cardiff, Scotland – struggles on with leftovers. If Boris Johnson is as keen as he sounds on the regions, he should merge three London cons and spend the cash in Brum. 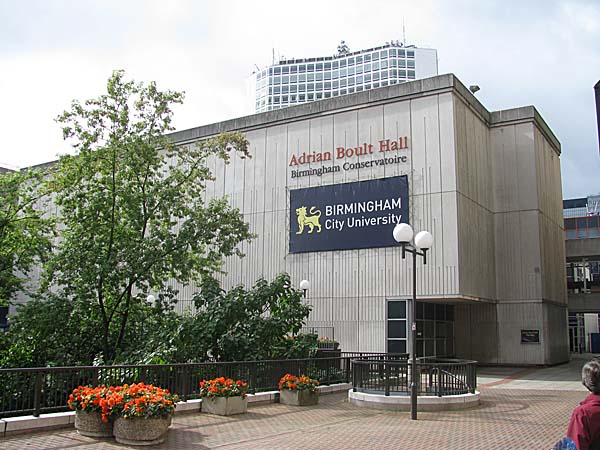 Just before Christmas I had lunch with Julian Lloyd Webber at the excellent San Carlo restaurant at the top of Temple Street, and in a low voice beneath the acoustic bustle of excited, festive patrons, he confided to me his fears about the future of Royal Birmingham Conservatoire, of which he is Principal.

“We’re getting no funding, compared with the London institutions, as we are considered a component  within a university. And Birmingham City University can’t give us what we need for the upkeep of these state-of-the art facilities.

“I’m not prepared to preside over the decline of everything we’ve built up.”

I was shocked, saddened, but determined to preserve these confidences.

Now Julian has gone public, firstly on the Slipped Disc website checked throughout the world (and one which, incidentally, is incredibly supportive of the CBSO), and now in an interview with the Observer newspaper, so I feel free to share my own thoughts about this regrettable situation.

I have been intimately involved with the Royal Birmingham Conservatoire in its previous incarnations since I came up as a music undergraduate in the University of Birmingham in 1966. The then Birmingham School of Music was housed in a semi-demolished building, previously home to the YMCA and the Midlands Electricity Board in Dale End, and I sensed an atmosphere of stoical depression about the place.

The move to brand-new premises in the heart of the city in Paradise Place, opposite the Town Hall, brought a much-needed boost to morale of staff and students, and as  the newly re-christened Birmingham Conservatoire, and now part of the University of Central England (previously the City of Birmingham Polytechnic), the institution began to thrive, attracting students from Europe and the Far East. I taught there for 22 years.

Redevelopment of Paradise Circus instigated the need for the Conservatoire to find a new home, and eventually Birmingham City University (previously UCE) found and funded a site on Eastside, the campus upon which BCU was assembling all its faculties, and invested an amazing amount of money (£57million) to create a state-of-the art building whose facilities would be the envy of conservatoires worldwide.

Just as all this was coming to pass, Julian Lloyd Webber was appointed Principal, an internationally-renowned performer bringing immense enthusiasm and charisma as figurehead to this vibrantly reborn centre of musical excellence. Thanks to the patronage of HRH Prince Edward, Earl of Wessex, the once Birmingham School of Music was now granted the accolade of being renamed  Royal Birmingham Conservatoire in the autumn of 2017 (just in time for the presses of my history of the institution to be stopped so that its title could become “Royal Birmingham Conservatoire: Inspiring Musicians since 1886”).

A glittering array of international performers and composers was attracted to join the teaching staff. London colleges which had previously sneered at the provincial status of what they had perceived as a second-rate offering for students now became jealous of its international standing, and students were jostling to be accepted here ahead of their second choice of the great Juilliard School of Music in New York.

All of this is now in danger of crumbling, thanks to central funders concentrating on metropolitan institutions (and I suspect finding excuses to ignore those outside the London magic circle), and to Birmingham City University’s inability to provide the funds for the servicing and upkeep of the state-of-the-art facilities installed in the building it so expensively funded.

Are we to be left with a Marie Celeste of a Royal Birmingham Conservatoire, all the top-ranking crew and equally top-ranking students vanished? Are we going to lose the inspirational and attractive figurehead which is Julian Lloyd Webber (surely the most renowned Principal of all our conservatoires)?

At this turning-point in its history the Royal Birmingham Conservatoire needs a boost to its funding. What it brings to the city in terms of the student economy and general prestige is too valuable to be cast away. Julian Lloyd Webber came and committed himself to Birmingham. Birmingham must do the same to him. 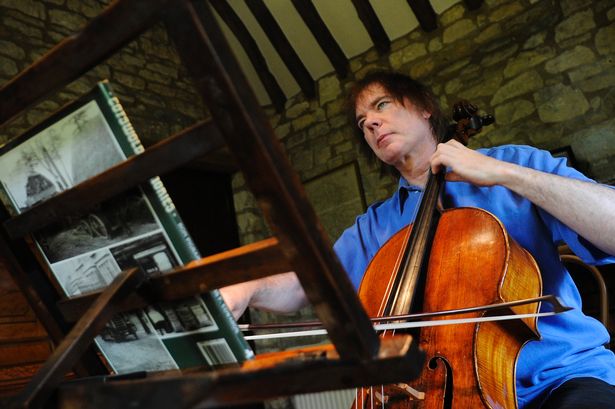 « Covent Garden star is son of a modern Major-General