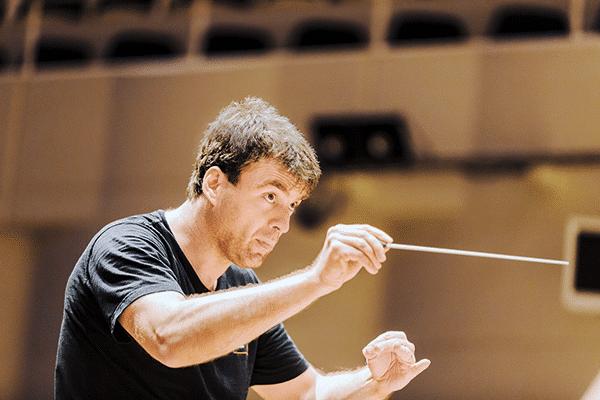 Gabriel Feltz, the German music director of the Belgrade Philharmonic which has been under attack from the German guest conductor Jun Maerkl, has asked us to publish his comments on the furore.

Mr. Märkl’s comment(s) suprised me a lot and makes me very sad. He doesn`t know the orchestra at all and I`m sure he will regret this. I don`t like to comment the specific facts which created this situation beetwen my collegues in Belgrade and Mr. Märkl because I wasn`t there at this time. But I absolutely can`t believe that they did anything of what Mr. Märkl described. This is not the way how we work in Belgrade.
My cooperation with Beogradska Filharmonija, the Belgrad Philharmonic Orchestra exist(s) now more than ten years. Since September 2017 I`m very glad to work in this beautiful city as chief conductor. Without any doubt I can defenitely say – this orchestra is a treasure!
Always passionate, curious for the opinion of the conductor, highly trained and on stage during the performance, like a real dream team – with an amazing will and spirit to give always the very very best. I never met a guest conductor wh(o) didn`t want to be re-invited again. Many soloists, singers, conductors, agents and other people made also a lot of very positive comments – also  about the administration and organisation – including the employees there.
Gabriel Feltz, Dortmund 13.01.2020