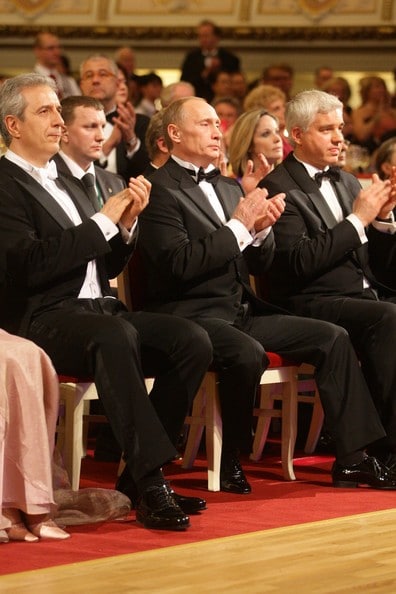 After much public criticism Hans-Joachim Frey, organizer of the Semper Opera Ball, has formally apologized for awarding this year’s Order of St. George to the Egyptian President Abdel Fattah al-Sisi.

Frey is now now calling the award a ‘mistake’.

This is the second mistake in a week for the hapless Frey, a former head of the Linz Brucknerhaus. Previously, he allowed Yusif Eyvazov to elbow out an Armenian soprano, only to be forced to reinstate her.

Frey (r.), 54, is mostly involved these days with Russian enterprises connected to Putin’s cellist banker, Sergei Roldugin. Putin has been a guest of honour at his shabby Dresden ball.

There is only one classical future – and it’s streaming »