Musical heaven in the Musikverein Wien. What marvellous playing of my great colleagues of the Vienna Philharmonic / Wiener Philharmoniker. And then the music of John Williams … standing next to him is inspiring and intimidating at the same time!

I am posting this from Kansas City; we had to rush to the airport after Sunday’s concert to fly to the US. But these iconic tunes of his are in my head (and heart !) …

Tonight is my first Beethoven recital here with Lambert – Vienna lives on!!! And so does the great art of John Williams.

The way he was greeted and celebrated in Vienna was one of a kind. He for sure has the coolest most passionate fans ever! Thank you all for the unforgettable weekend we spent together. 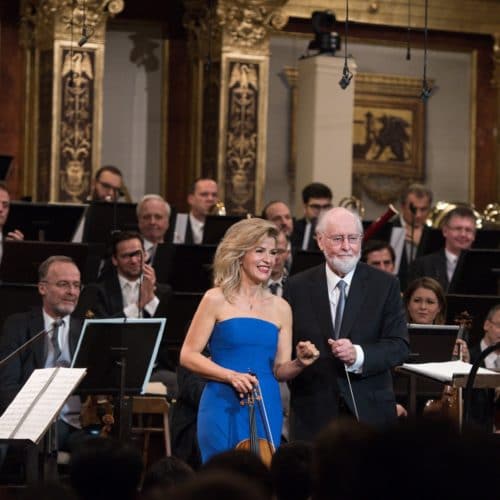