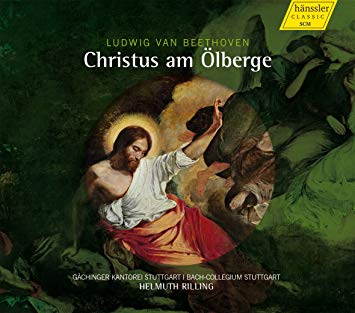 A Beethoven a day: Want an olive in it?

3 Christ on the Mount of Olives, opus 85

If there is a slightly unfinished feel to this little-heard oratorio, it could be because Beethoven knocked it off in just two weeks to fit into an April 1803 concert at the Theater an der Wien in which he also performed the first two symphonies and the third piano concerto. The oratorio was not well received and took ten years to find a publisher.

It contains nonetheless valuable pre-echoes of the ninth symphony, an orchestral introduction of arresting beauty and a tenor part (for Jesus) that, while sometimes stentorian, grips the ear like a news bulletin in wartime. The next biggest part is a Seraph for soprano.
Jan Peerce and Maria Stader are unassailable on Hermann Scherchen’s 1955 Vienna recording

Placido Domingo with Kent Nagano is a matter of taste.

Nikolaus Harnoncourt delivers a truly devotional performance with an authentic asperity; Herbert Lippert and Laura Aikin are the soloists.

There are also decent performances from Bernhard Klee with the Berlin Philharmonic and Helmut Rilling in Stuttgart.

The most rounded performance, for me, is conducted by the Finnish eccentric Leif Segerstam, composer of 335 symphonies and some awkward public utterances, but a magnificent interpreter of large and unwieldy extravagances such as this. The Turku Philharmonic play with considerable delicacy and the soloists – Myllys and Haapamäki – are deftly restrained. Best I’ve ever heard.