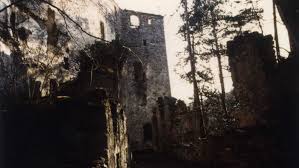 A Beethoven a day: Two afterthoughts on an unfulfilled love

6 Here are two afterthoughts that Beethoven wrote to his aria Adelaide, as if he somehow could not let go the love love he felt but could not fulfil. He just kept on writing sketches around the theme.

Der Mann von Wort, opus 99, is a monochrome setting of a stuffy verse on German honour, manliness and rectitude, written in the wave of nationalism that followed Napoleon’s defeat. It’s short, prosaic, unimpressive.

Hermann Prey, singing without adornment, loses my attention quite before the two minutes are up. Roderick Williams, an English operatic baritone with a deep understanding of character, generates more heat and light; Ian Burnside is at the piano. The over-seriousness of a French baritone, Vincent Lièvre-Picard, adds some unintended amusement.

Merkenstein, opus 100, consists of a pair of nostalgic vocal duets about a ruined castle. It’s tourist stuff. Sung by Hermann Prey with Pamela Cobur, it makes you want to ger back on the bus. Mathias Goerne in a new 2019 performance sings an alternative version, Woo144, with an intriguing hint of dark things going on down below. The track is worth hearing just for the different velvet textures that Goerne conjures from his throat; Alexander Schmalcz is his sensitive Berlin accompnaist.

Immediately after writing this pair of picture postcards, Beethoven turns out his piano sonata number 28, opus 101, the gateway to his late period and his greatest works. The gulf he leaps from this work to that is simply unfathomable.

« Cleveland abuzz as principal cello bows out of a job

Breaking: Zurich runs out of money »