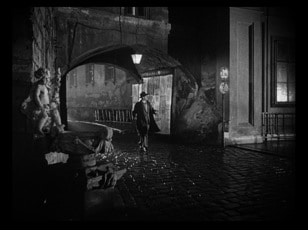 A Beethoven a Day: Three young men whistling in the ruins

In the wasteland that was 1946 Vienna, three pianists set about restoring the city’s musical reputation from the ravages of Nazism, war and Russian occupation. Each had a different route to success. Jörg Demus took an obsessive interest in fortepianos, Paul Badura-Skoda immersed himself in original manuscripts and Friedrich Gulda went out and won competitions.

By 1950, aged 20, Gulda was playing Beethoven at Carnegie Hall. He went on to play the Newport Jazz Festival. He could play anything, anywhere.

Gulda was a one-off, a musician with an inventive mind who once announced his own death in order to read the obituaries and who, with a girlfriend, came out on stage to play a Schumann recital stark naked. None of these antics should call into question his authority in Beethoven which was innate and absolute. Martha Argerich once called him ‘my most important influence’ and the conductor Franz Welser-Möst has, throughout his life, been captivated by ‘the crispy sound and the carefree, youthful approach in the early sonatas… an immediate understanding of Beethoven’s world ’. Listen to him in the fourth sonata and you will hear what all the fuss is about.

The way he arrests your attention in the opening phrase of the first two movements is as irresisible as handcuffs on a TV cop series, but move on with him to the finale and you’ll find an altogether different level of detainment. Gulda, beyond the fabulous technique and high ideals, is a phenomenal entertainer. He makes you laugh, he makes you cry, he makes you wish you’d heard him live.

Now try Badura-Skoda and you’ll find a completely different Beethoven, a man of dry wit and fierce insights, conscious even at this early stage of his palce in history. Badura-Skoda, who died last year in his 90s, was a more establishment figure than Gulda, playing concertos with Furtwängler and Karajan and creating cleaned-up editions of composers’ works. Hard to imagine him walking down the Kärntnerstrasse arm in arm with Gulda and Demus, whistling the Leonore overture. Nevertheless, like Gulda, Badura-Skoda knws that there’s more to Beethoven than a frown and an ear-trumpet. When he permits himself a few smiles in the finale, the world is suddenly a sunnier place.

Demus, who also died in 2019, was a pioneer on record of historical keyboard performances, some of them with horrible sound. He never recorded the 4th sonata, so far as Idagio can tell, but he is on another plant from everyone else in Für Elise, turning a trivial party piece into a glimpse of heaven. I first heard Demus on an LP and he sounded awful. Restored to studio quality on streaming, he’s the owner of a really intriguing mind.

For a more contemporary range of expression in the fourth sonata, you’ll need to go to another Austrian Alfred Brendel, to Kirill Gerstein for added irony and to the contemplative Murray Perahia for the deepest and most rewarding introspection.

For an all-purpose recording without any editorial agenda, Vladimir Ashkenazy is satisfying and non-controversial.

« A chazan on Deutsche Grammophon

Paris Opéra reopens – for one night only »