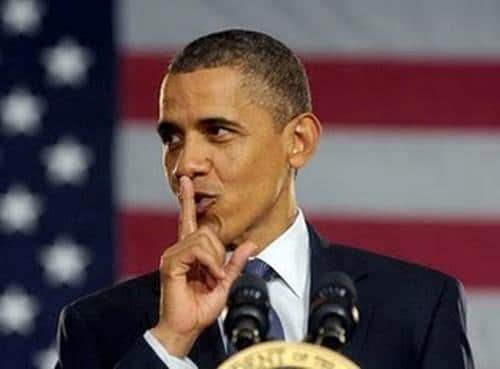 A Beethoven a Day: Keep it quiet, will you?

Piano concerto number 4 in G major opus 58 (1805-6)
Composed at the high noon of the composer’s creative life, the G-major has the most hushed opening of any concerto, so quiet that the pianist is hardly meant to make a sound. Before this work existed, a concerto would start with a sprightly orchestral introduction with the soloist joining in only when the band ran out of steam. With his 4th piano concerto, Beethoven changed the rules. Not only does the soloist begin, when the orchestra comes in, it does so in a different key, B major. For a few moments, it is as if there has been some mistake and soloist and orchestra are playing off different heets. In the central movement there is further dysfunction, the conductor setting a tempo, which the pianist, after a prolonged consideration, ignores in favour of an ultra-slow solo. The whole work hovers on the edge of chaos.

The concerto was first performed at the palatial home of one of Beethoven’s funders in March 1807, together with the premiere of the fourth symphony. Its first public performance, on December 22, 1808, was one of the longest concerts on record, encompassing aside from the concerto, the premieres of the fifth and sixth symphonies and the Choral Fantasia. In rehearsal, Beethoven had a falling out with some of the musicians, who messed around during the concert. The premiere of the G major piano concerto was the composer’s last appearance as a soloist with orchestra.

Among the 103 recordings listed on Idagio, I begin with Arthur Schnabel, the pioneer of Beethoven on record. Witty, determined and prolific, he pursued a vision of Beethoven that did not necessarily depend on hitting all the right notes. Of Schnabel’s four recordings, the one with Malcolm Sargent and the London Philharmonic had the biggest sales, though my preference is for his 1942 reading with Frederick Stock and the Chicago Symphony Orchestra where Schnabel seems to be in a state of transcendence in the slow movement, transfixing the deep-backdrop musicians with his inspiration. Other Germans – Wilhelm Backhaus, Walter Gieseking, Elly Ney, Conrad Hansen, Wilhelm Kempff – sound impossibly literal by comparison. Edwin Fischer, conducted by Furtwängler in 1954, has incedible fantasy in the slow movement. Friedrich Gulda is unusually restrained.

Van Cliburn never really takes off (Chicago, Fritz Reiner, 1963) and Glenn Gould never really settles down (Bernstein, NY Phil, 1961 and 1969). Artur Rubinstein, who can be as frisky as Schnabel on hot coals, takes a measured view of this concerto, evidently a personal favourite. Of Rubi’s four recordings – with Beecham 1947, Krips 1956, Leinsdorf 1964 and Barenboim 1976 – the last is as much a masterclass as a performance, with the old master teaching the young Daniel Barenboim to let the piano lead the baton in tempo and dynamics, just as Beethoven intended. Barenboim went on to record the concerto twice at the piano, an exhilarating 1968 reading with Otto Klemperer and a more subdued account, led from the keyboard with the Berlin Philharmonic in 1987.

The Chilean Claudio Arrau recorded this concerto six times: few achieve anything like his finesse in the finale (Haitink, Concertgebouw, 1964). Of five recordings by Emil Gilels, I prefer the 1957 take with Leopold Ludwig in London to his 1966 retake with George Szell in Cleveland but that could just be personal taste; both are perfectly poised.

In Britain, a pianist known just as ‘Solomon’ came on to the 1950s scene as the last word in Beethoven – until a stroke cut off his career in its prime. Solomon Cutner’s G major concerto, with the Philharmonia and André Cluytens, a masterpiece of understatement, is a milestone in the history of recording. Alfred Brendel, who recorded the concerto four times, can be heard at his most unadorned in the 1959 Vienna session with Heinz Wallberg and an orchestra that dares not speak its name. Many Americans swear by Rudolf Serkin and Leon Fleisher. Both are captivating artists, let down by boxy orchestral sound.

Of the period instrument recordings that I have heard, none is worth a second listen. Nor is the global ambassador Lang Lang who botches his opening bars (with Eschenbach and the Orchestre de Paris), coming in too heavily and distorting the dialogue. He is not alone in this: Van Cliburn, with Fritz Reiner and Chicago, 1963, is equally lop-sided.

In a live performance, Lang Lang’s is the ugliest performance I have ever heard – In Philadelphia, with Eschenbach, 2011, nothing quieter than mezzo-forte.

So, six final choices:
Schnabel 1942, Arrau 1964 and Gilels 1966 are my historic selections.
To these, I would add Vladimir Ashkenazy (Chicago, Solti, 1973) for sumptuous sound and serenity; Stephen Kovacevich (BBC, Colin Davis, 1975) for gravity-defying space between notes and Mitsuko Uchida (RCO, Kurt Sanderling, 1996) for immutable concentration.
If you’re in a hurry, try the super-quick Lars Vogt (Gateshead, 2017).

This work may produce as broad a spectrum of musical opinon as you can find in any musical score.

« The man who got Birmingham a hall

The Finnishing school of conducting »