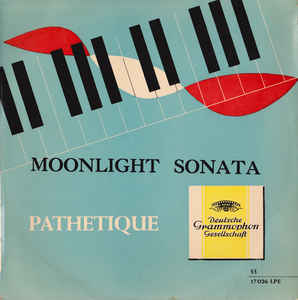 A Beethoven a day: He called it pathetic

Beethoven’s titles were mostly supplied by publishers with the aim of maximizing sales. This sonata may be the exception: the young composer liked seeing the words Grand Sonate Pathétique on the cover. It was 1798 and he was finding a healthy following among the moneyed classes in Vienna. The sonata is dedicated to Prince Karl von Lichnowsky and shows some influence of Mozart’s sonata K457, which is in the same key, C minor. The middle movement is literally child’s play. It’s one of the first things your piano teacher puts on the stand as homework.

Intelligent listening begins with Glenn Gould, and may well end there. Gould tries to tease out hidden meanings in Beethoven, not all of them evident to the human eye and ear. In his hands the sonata is not so much deceptively simple as comprehensively deceptive. The finale goes way off the metronome into a realm of excitement all its own.

The eccectric Austrian iconoclast Friedrich Gulda is so slow in the middle movement he’s almost static. Gulda’s personality, though, is hypnotic. You, too, don’t move while he plays. Of his three recordings, this is the one to try.

Idagio lists 133 recordings of this sonata, going way back to Frederick Lamond and Wilhelm Backhaus in 1926-7. Arthur Schnabel is the first to command attention: masterly, unemotional, subversively witty in unexpected places. No-one goes very far in this sonata without first hearing Schnabel, who offers lavish encouragement to the amateur in flourishes of wrong notes.

Edwin Fischer, in 1938, exemplifies a quieter authority – a technical agility that allows him to accomplish anything at high speed without appearing flashy, allied to a lively mind that drives the argument off the beaten track.

The Pathétique was a favourite of Arthur Rubinstein’s; his earliest take, dated 1946, wears a smiley face.

From then on, practically every person with a full set of fingers has given the Pathetique a go. The complete cyclists who record the full set of 32 tend to give it less individual attention than the more daunting sonatas. I’m ruling out Kempff, Arrau, Brendel, Ashkenazy, Barenboim, Jeno Jando, Bishop-Kovacevich, Buchbinder, Pollini, Levit, though each has merits.

Two that particularly catch my ear are the Austrian scholar Paul Badura-Skoda, who plays in 1953 with a sense of discovery as if the whole of music flows from this remarkable work, and the Argentine Ingrid Fliter whose touch in the middle movement is daringly dreamy.

Poulenc wears his Parisian sexuality out and proud »