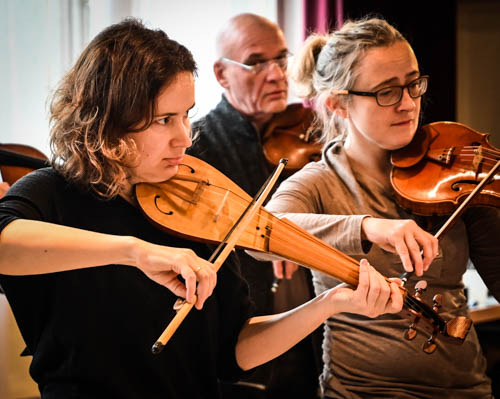 I’ve hit a nerve with this month’s essay, calling on orchestras to stop flying.

Two Nordic orchestras – Lahti and Helsingborg – say they have gone carbon-free. Lahti quit flying as early as 2015 and its Swedish counterpart signed up some time last year. Helsingborg also avoids flying in guest conductors and soloists.

Now the London agent Jasper Parrott, who made his fortune flying dozens of orchestras and artists around the world over the past half-century, is having a change of heart. Here’s what he writes in the Guardian:

…. this crisis is the responsibility of all of us. Everyone must be conscious of their behaviour and acknowledge the active part they have to play. Planning permission for all new concert halls, for example, should only be given if the buildings will be carbon neutral. Existing concert halls must make radical changes to ensure they are as close to carbon neutral as possible. I’m proud of our musicians who are leading by example. Violinist Patricia Kopatchinskaja (pictured) last season partnered with the musicians from the Orchester des Wandels (the Orchestra of Change) and performed works written as a reaction to the climate crisis, with all proceeds donated to environmental projects. Kopatchinskaja now organises her schedule so as to travel by train as much as possible, and our touring department plan tours that allow orchestras to avoid taking flights….

« Pavarotti ‘would have been pained’ by Domingo accusations