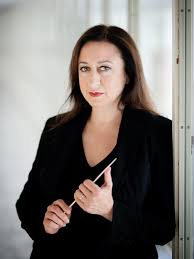 Sydney picks the right chief, but on short order

The Sydney Symphony Orchestra has named Simone Young as its next chief conductor, starting in 2022.

It’s a perfect fit. Young, 58, is a Sydney girl who grew up with the orchestra, studied with some of its players and has stayed attuned to its needs through an international career that has taken her to most of the world’s great opera houses, inlcuding a remarkable 10 years as Generalmusikdirektor of the city of Hamburg.

Since leaving Germany, she has enjoyed a burgeoning reputation in the US with the New York and Los Angeles philharmonic orchestras.

This is a great catch for the Sydney Symphony, which is not in great shape financially.

The only caveat is time. Both conductor and orchestra, when I asked them recently, firmly denied any possibility of a link-up between them. I deduced from this that she could not give Sydney the time it required.

So they have settled for a compromise – eight or nine weeks a year, arranged in three blocks.

That’s a good start, but it’s not enough in general terms, to effect the kind of transformation Sydney needs.

Young is high-energy and full of ideas. But she’s being asked to work a miracle.

She says: I am so happy to be able to announce this! This marvellous orchestra, with whom I have worked as a guest for so many years, and with whom I already have so many wonderful memories, has appointed me their next Chief Conductor, starting in 2022. I am very honoured to be able to lead this wonderful group of musicians and look forward to some exciting times in Sydney! I will still be working a great deal in Europe, the USA and Japan, but this closer tie with my hometown will bring me home far more often – Sydney, I do love you!