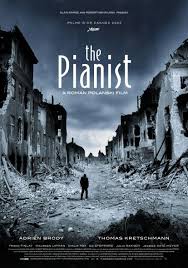 ‘I know that in 2003, Weinstein panicked when The Pianist won two BAFTAs, including Best Film. Weinstein, who had two films nominated at the Oscars, launched a campaign to stop the same thing happening in Hollywood. It was he who dug up the [then] 26-year-old story with Samantha and which was no longer of interest to anyone. His press attaché was the first person to call me a ‘child rapist.’ The paradox is that The Pianist didn’t win the Best Picture Oscar, a prize that goes to the producer, but I won Best Director.’

On his own rape accusation: ‘Only Samantha and I know what happened that day. … Whatever I did, in whatever manner it was, it is profoundly regrettable. I have said it numerous times; I have written it to Samantha, with whom I stay in contact, and she knows. She and her family have suffered because of me, and despite me it continues. Every time there is a new lie about me, it brings her up. … She has written several times to the prosecutor to explain that the trauma caused by the media circus is well worse than what I made her suffer.’

Today is not Beethoven’s birthday »