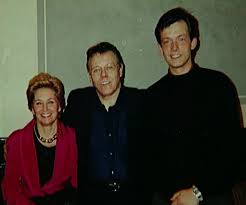 Mariss Jansons told me: Conduct opera before you head an orchestra

Andris Nelsons has been talking in Vienna about his much-missed mentor:

‘I learned the trumpet, played in the opera orchestra in Riga, later conducted the odd performance. Mariss encouraged me to focus only on conducting. I learned so much from him. When I was faced with the choice of becoming chief conductor of the Riga Opera or Symphony Orchestra, he advised me to take up the opera first, later a symphony orchestra, because the other way rarely works.’

Mariss himself was never music director of an opera house and conducted opera very sparingly throughout his life.

He is so sorely missed.

Irina and Mariss Jansons with their protégé