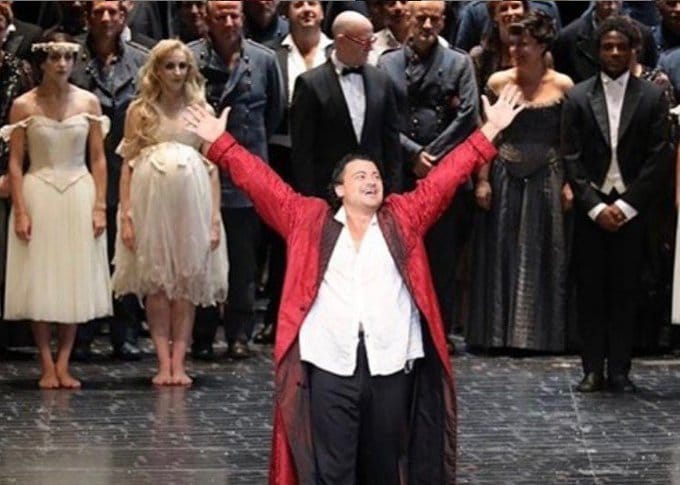 Within an hour of Covent Garden declaring that the Italian tenor had been found guilty of ‘inappropriate and aggressive behaviour’ on stage, the Metropolitan Opera announced that he would not be singing there again in the forseeable future.

The ROH said that his conduct at a curtain call in Japan ‘fell below the standards we expect of our staff and performers’ and he had been dropped from next year’s programme.

Grigolo was accused in media leaks of manhandling a chorus member, which he denied.

The tenor, 42, said in a statement: ‘I am truly saddened that my behavior towards everyone in the cast, people whom I have always respected and continue to respect from the bottom of my heart, was perceived to be below the Royal Opera House standards… It was not my intention to offend anyone… I recognise that my personality can be very exuberant at times and I am willing to make sure that what happened will not happen again in the future.’

UPDATE: Did the Met really need to fire him?

Did the Met really need to fire Grigolo? »